It's bank holiday Monday here in the UK and true to form it's raining cats & dogs so it's a perfect opportunity to get cracking on the 109. Firstly I've been working on the commander figure and I used an old academy figure from their 113 kit. Some new arms from the spares box, a hornet head and some magic sculpt for his scarf and new pockets on the jacket sorted him out. The helmet is not quite correct for a Belgian version but close enough. 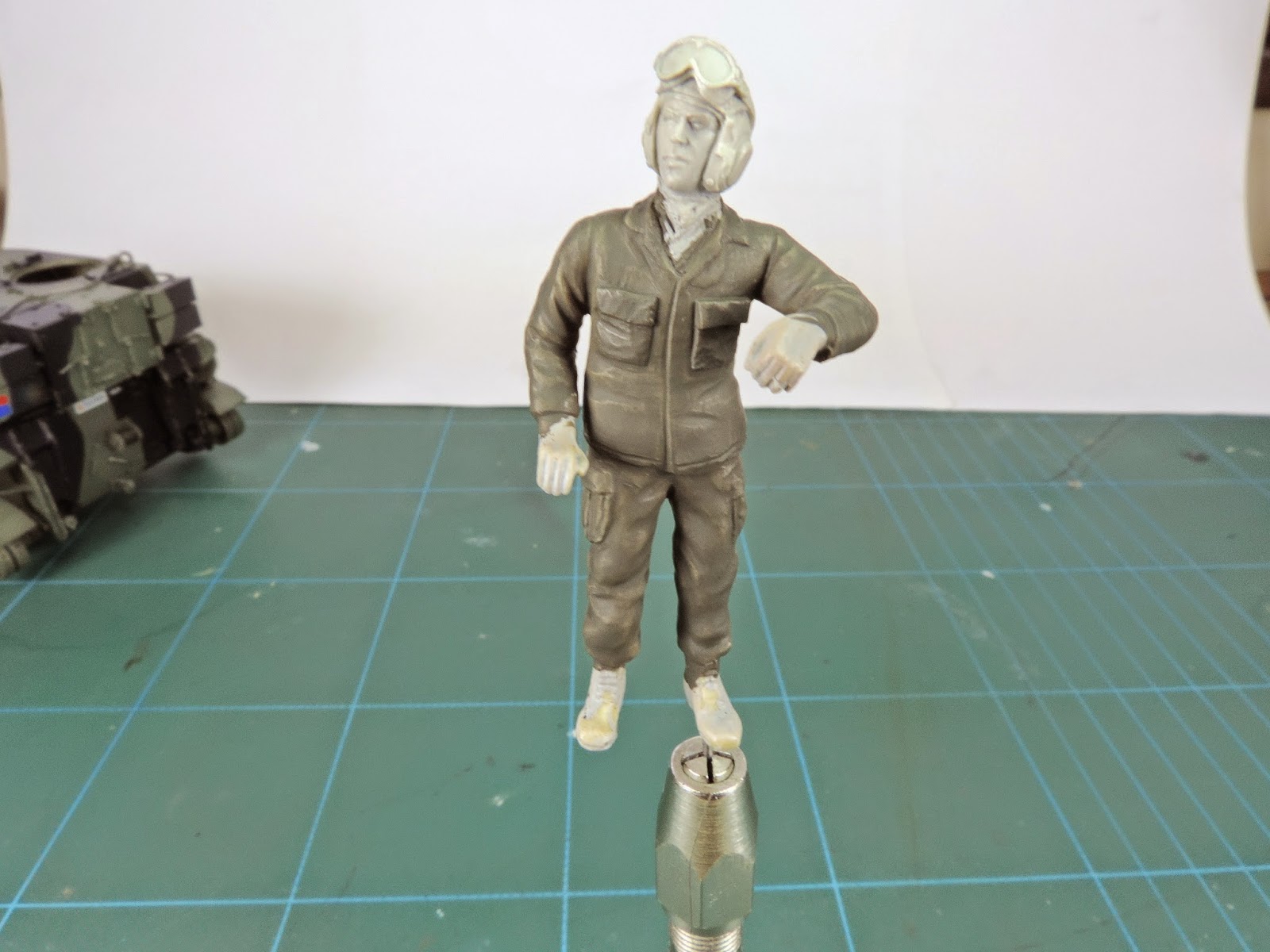 I've also added some light chipping to the model but not much as the real thing was maintained very well. I've also painted up all the tools and primed and sprayed the tracks. Just all those rubber track pads to pick out now! The decals have also settled down very well so a further coat of gloss will be needed to seal them in. 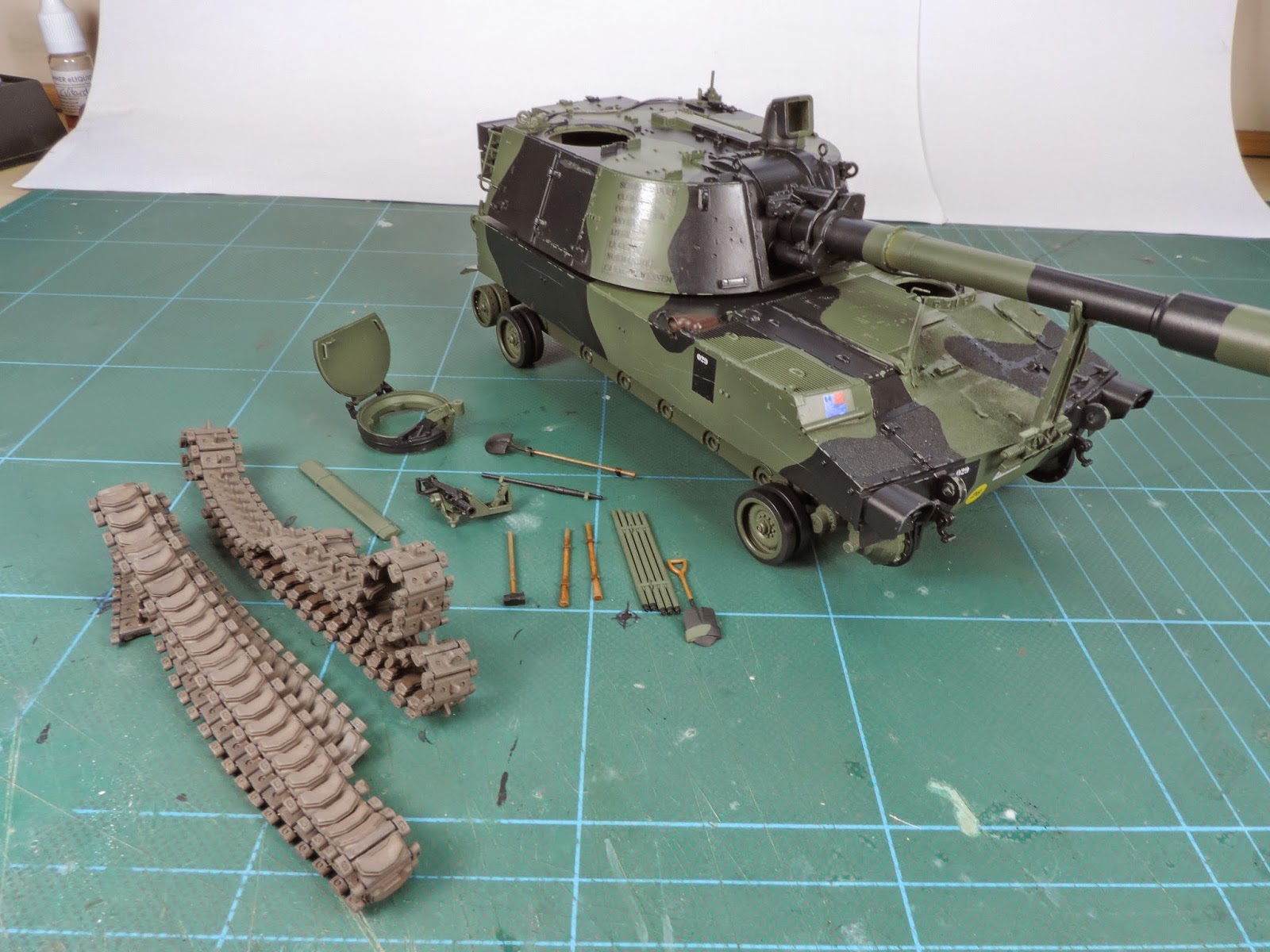 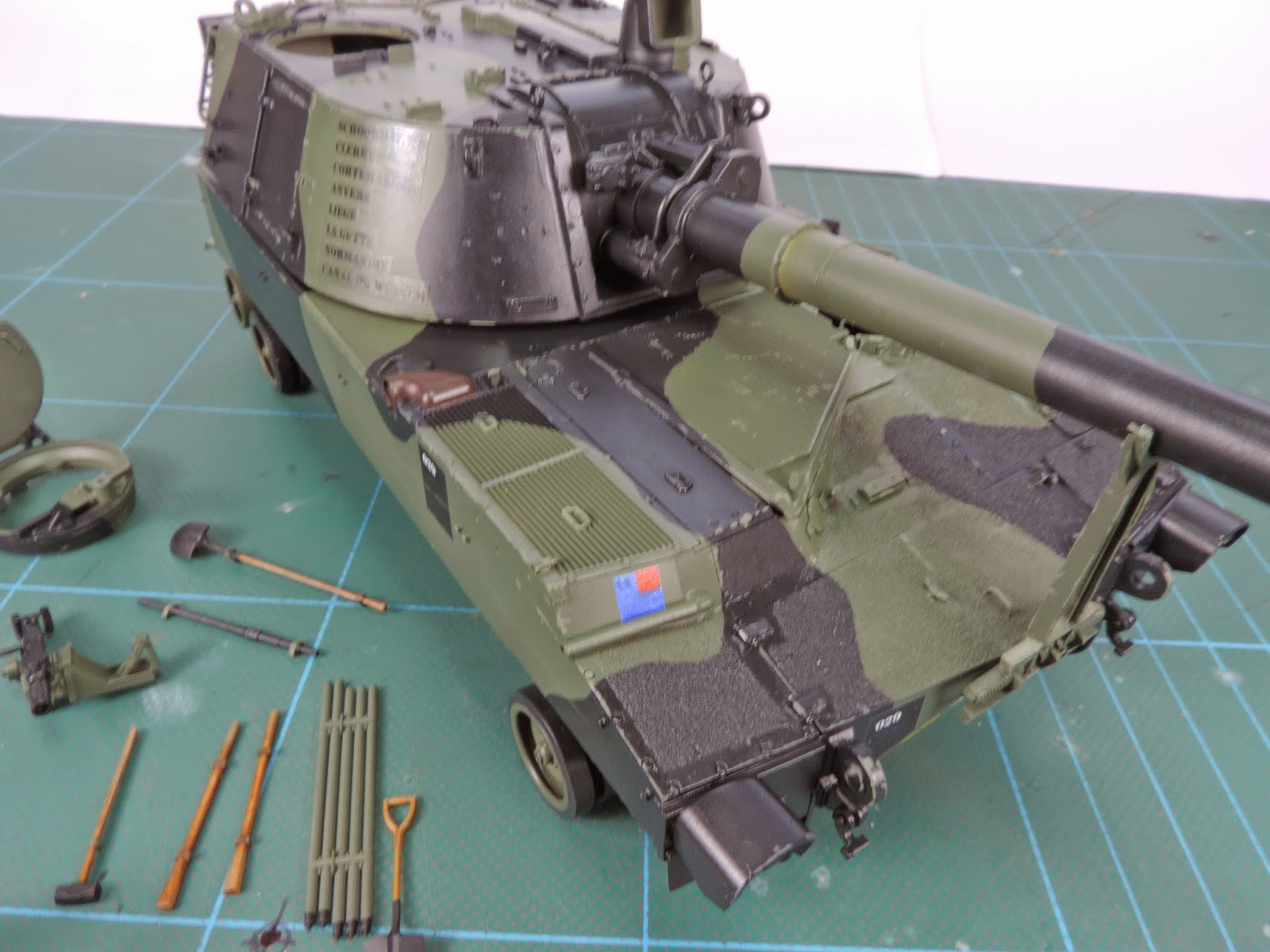 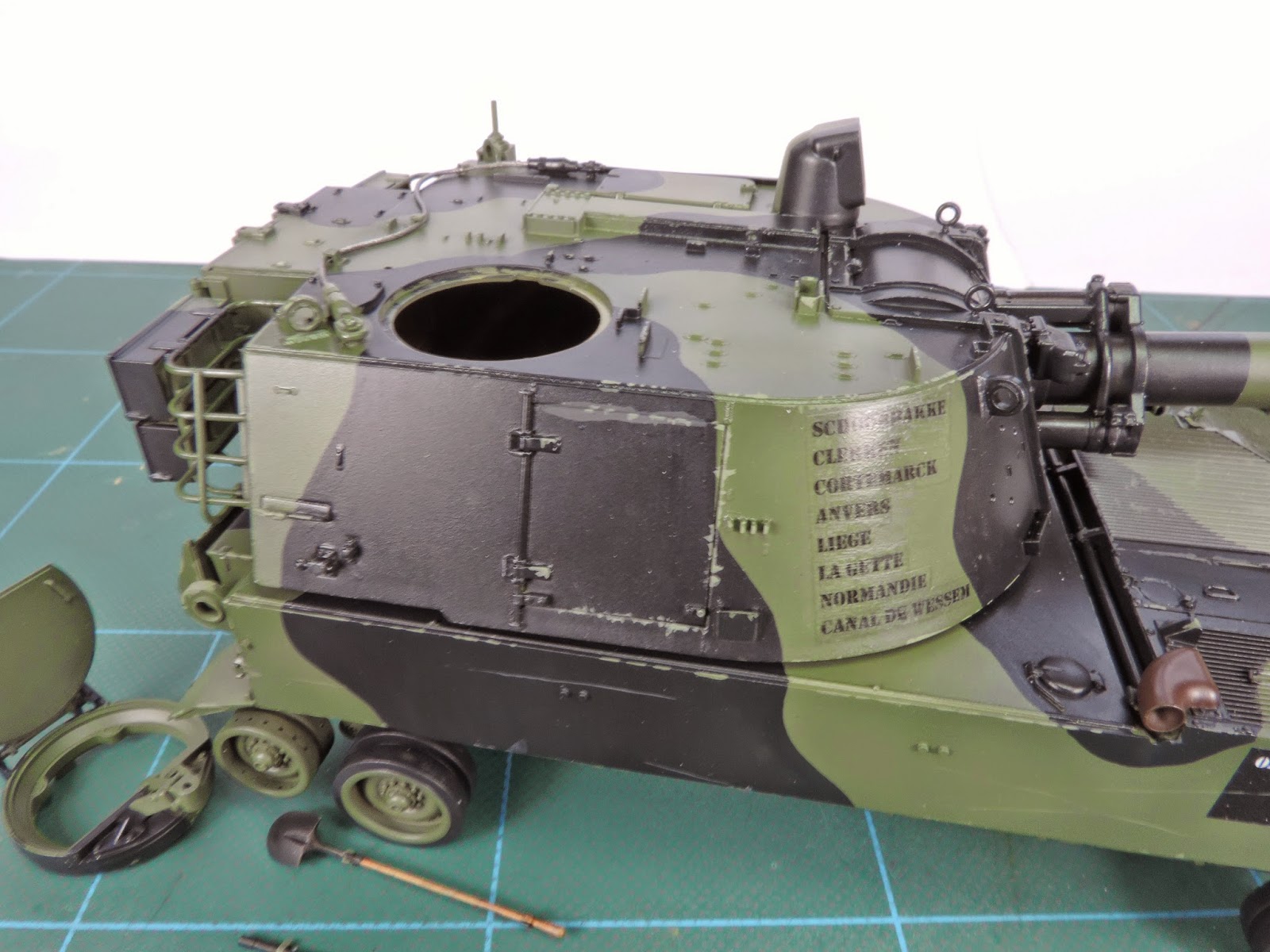 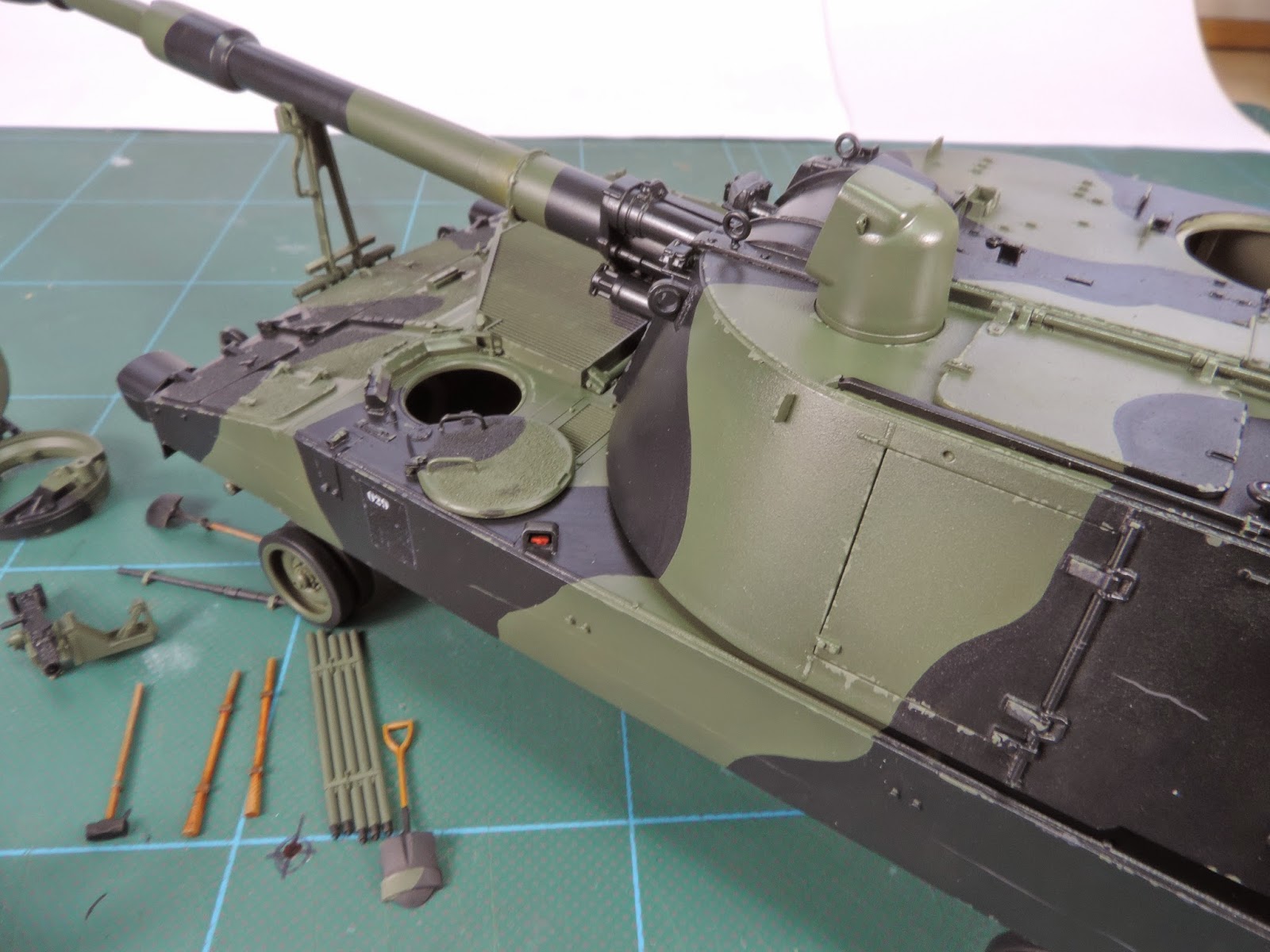 My next task will be to sort out the rear stowage bins and for this I'm using some netting and Arkebuza camo netting. 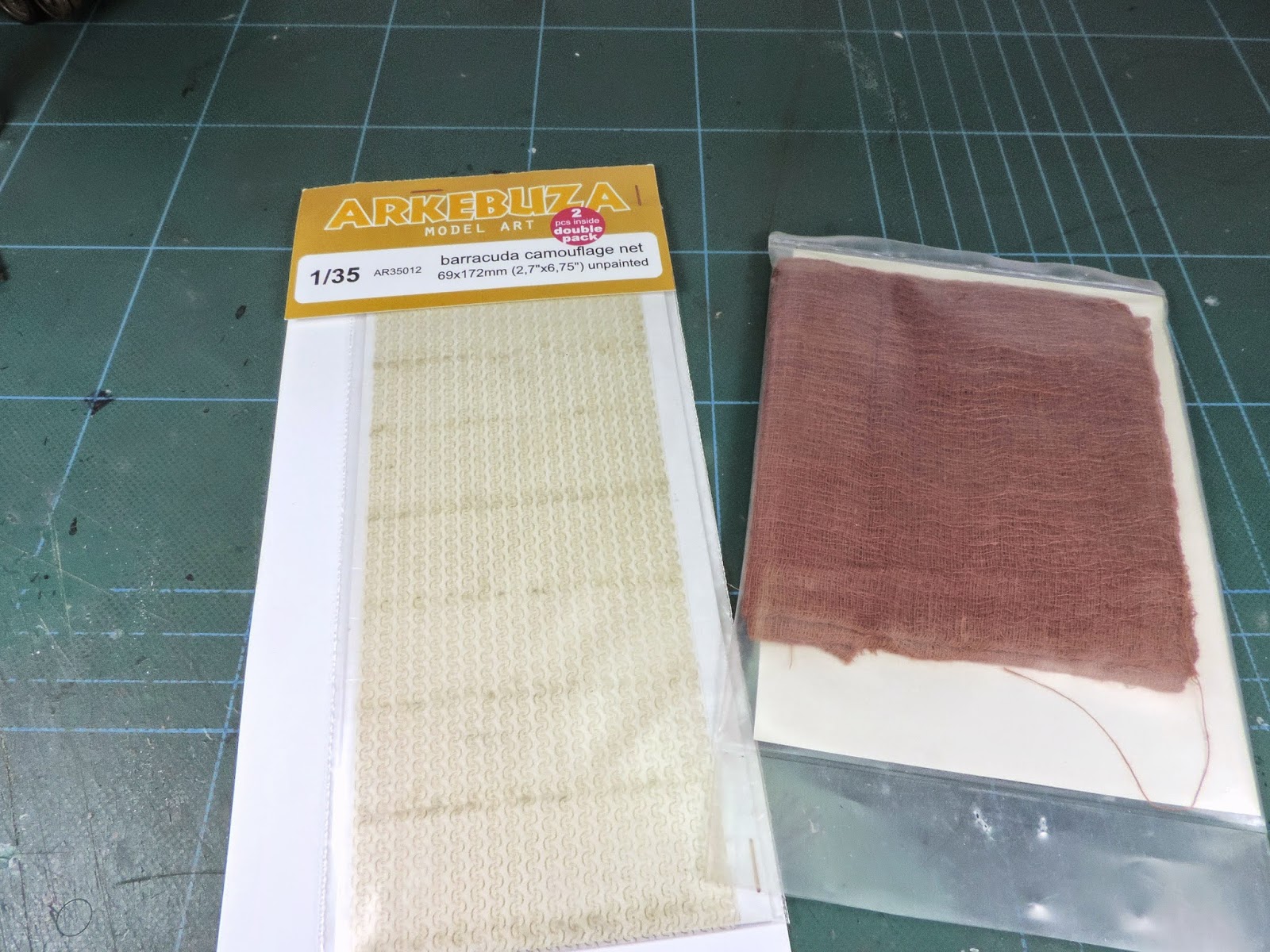