The hull is now almost completed, very little needed adding to the hull front just some cables for the lights and a pry bar to the hull top. The swinging arms suffer from a very small locating pin so I used some epoxy to fix these firmly to the hull. I elected to drill and pin the tracks instead of using glue as this gives me greater scope later on when painting the tracks off the vehicle. It also allows some slight adjustments in track tension. The front idler can also be adjusted to take out any slack. The tracks look very nice with perhaps a slight lack of detail on the end connector bolts. I may add better bolts from punched plastic card later but only on the visible areas of the finished model. 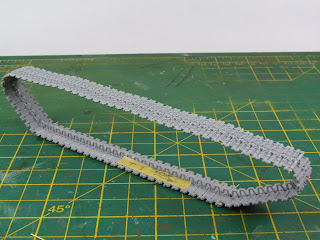 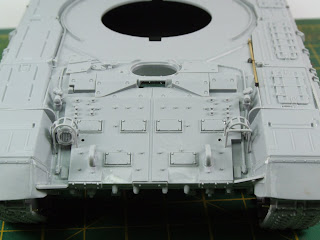 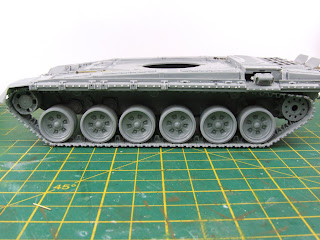 I eventually elected to replace the kit barrel and antenna mount with some RB Models items. The barrel is No 35B102 which looks spot on according to my references, it certainly has much better detail than the kit item. Again I fixed this with some epoxy after making some adjustments to the mantlet. The antenna base also looks much better and this item is No35A14. Both additions although not entirely necessary are not that expensive and enhance the final look of the model. 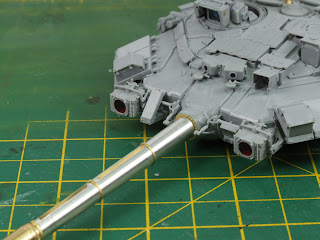 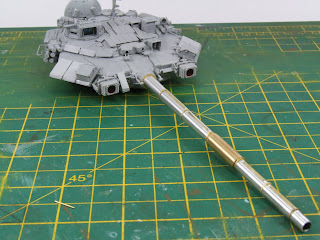 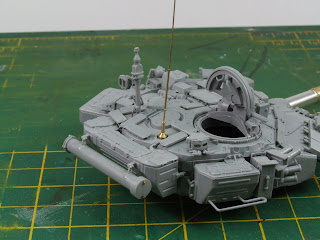 Well I am nearly at the end of the build and so far it's been a blast. I really like this kit and even without the additions I have made a very nice model can be built.
Posted by Pete's Model World at 13:58