As I have got as far as I possibly can with the Geschutzwagen and whilst waiting for the tracks to arrive I thought I would go completely off on a tangent and have a go at this maritime modelling lark. I picked the ICM U-boat type XXVIIB Seehund (late) up at the recent Poole Vikings show basically because I liked the box art and thought it would be a fun project to build and to see if I could approach the build from an armour modellers perspective. 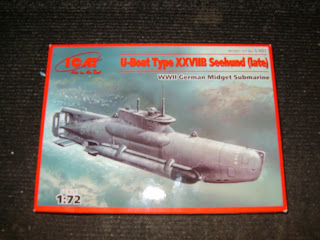 The first thing about this kit is it's tiny! It has been a very long time since I have built anything this small. Consisting of only 40 parts it went toghter in an evening. I added some detail to it such as the hinge to the hatch and some tiny brass bolt heads from an old etched set. The dome on the hatch is moulded in solid plastic on the kit but on the real thing it is a glass dome. To replicate this I cut off the kit dome and will replace it with a AFV domed light lens, looks just right. 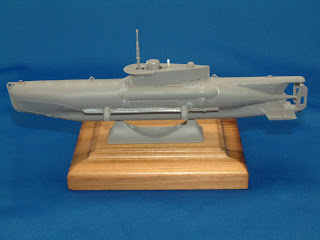 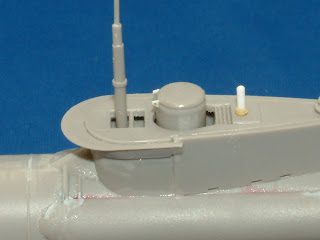 The torpedoes had some wire added to the tips. 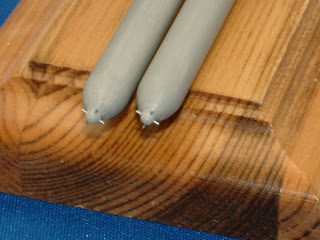 After a good wash and blast of primer I sprayed the sub with some xtracrylix gunship grey the went back over again with a lighted mix using neutral grey to add some contrast. The torpedo's where painted in tamiya NATO black, a darkened mix of gunship grey and silber RLM01, this is again an xtracrylix paint. The look is quite subtle as I didn't want to go too overboard! 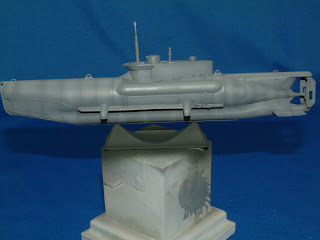 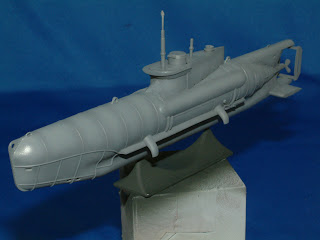 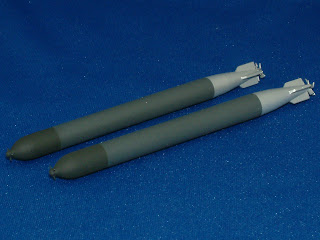