With the final few small parts & figures built up that's the build phase now done. I finished off the rear of the gun shield with some punched bolts and also added tie downs to the hull sides using very thin stretched sprue. This was wound around a pin then sliced to make tiny loops.

The figures are very good indeed needing only a minimum of clean up. I do like the poses as well. I'll sort out some accessories for the model later and have also ordered a miniart ammo set which includes storage tubes and boxes. 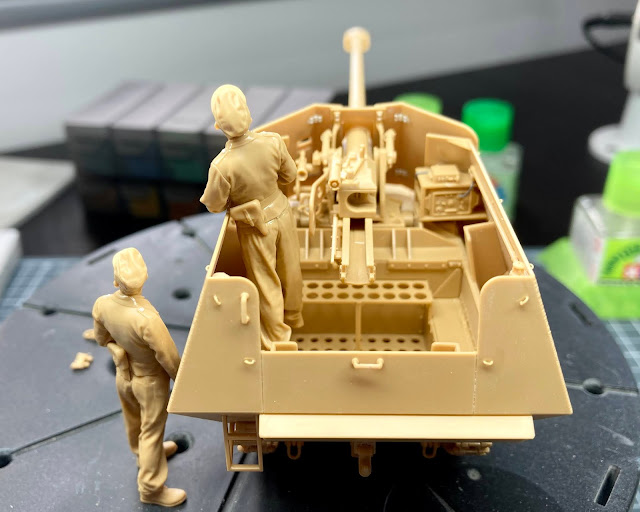 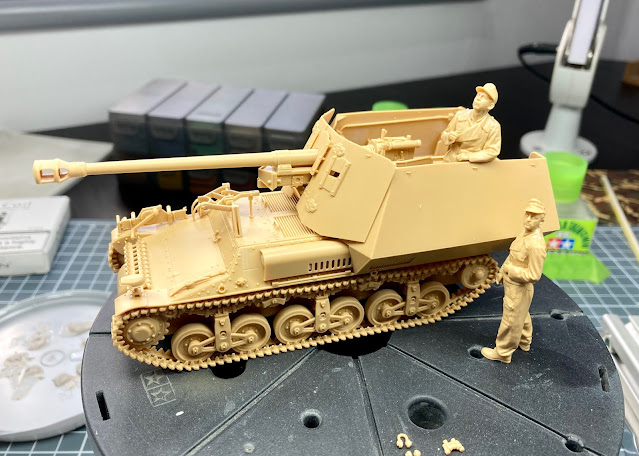 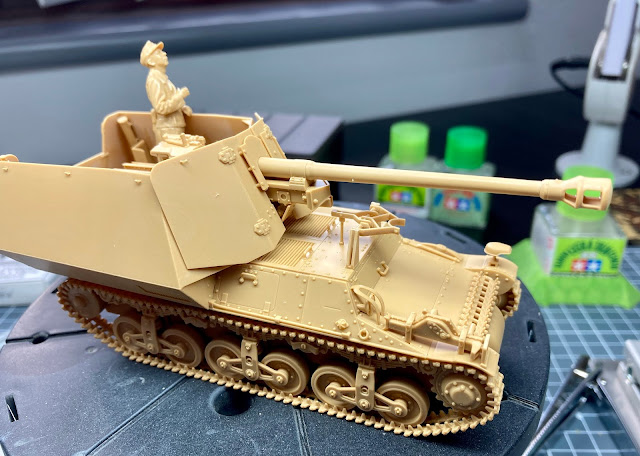 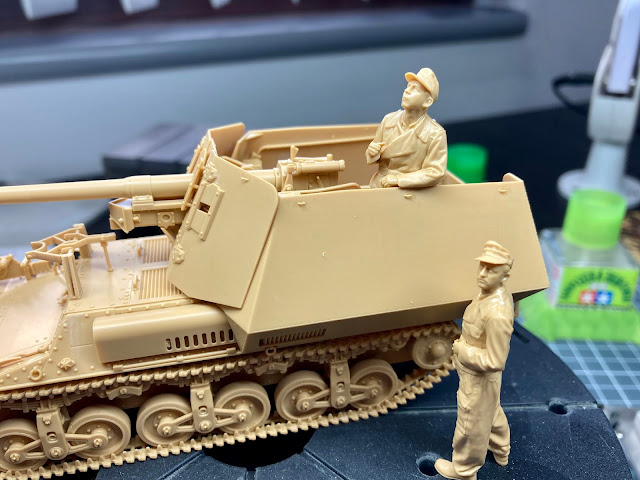 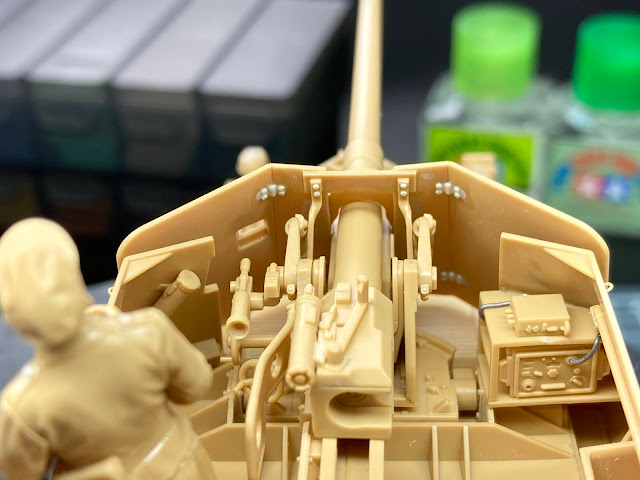