Well the ammo set from miniart arrived yesterday but I quickly found that I had either ordered the wrong set or it was underscale as the rounds would not fit the rack & the containers looked too small.  So back to the kit ammo rounds I went and drilled out the ends slightly before adding small discs of plastic card to replicate the percussion caps. I also chopped off the projectiles on a couple of the cases before drilling them out slightly so i could add some spent rounds to the base later. 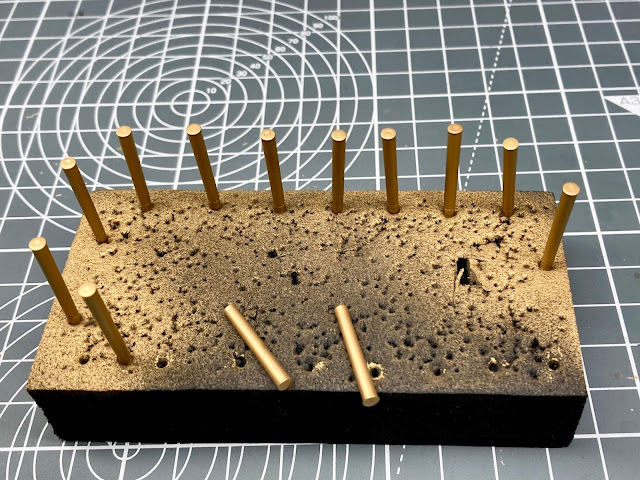 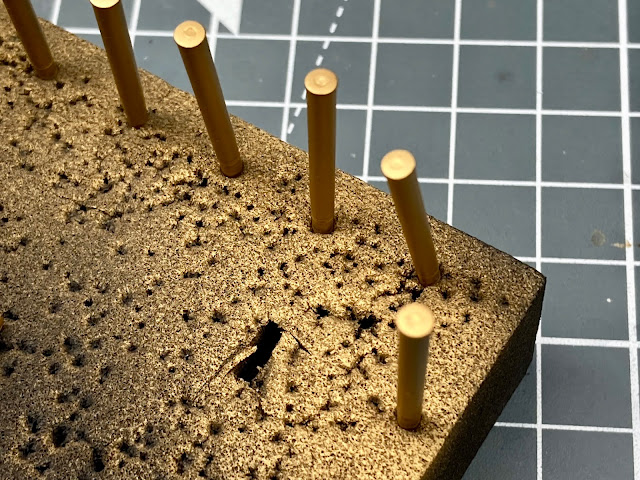 Next it's paint time for the model but before we talk about that I'll tell you about my recent airbrush woes. For some time I've found my airbrush was not performing as it should. It was suffering from excess clogging and blow back along the needle into the rear body which meant it would jam up and needed a total stripdown after each spraying session.

Now the airbrush is an Iwata TR2 which I've had for about 16 years or more. On close inspection I discovered some pitting and wear in the main body which would explain my recent issues. A damn shame but to be honest expected after the heavy use it's had since I bought it. In all that time I've only ever replaced two needles and nozzles & a couple of PTFE washes so not too bad at all.

In the end even precision equipment will wear out. I've certainly had my monies worth from it! So a replacement was sought and in the end I went for a Harder & Steenbeck Infinity CR plus two in one. Totally different to the TR2 I know but a few things persuaded me to change my setup. Ease of cleaning was the first followed by better control regarding spray patterns and finally cost.

The airbrush comes with two needle & nozzle sets, 0.4mm & 0.2mm which appealed to me as I'm keen to refine my post shading/fading method and this gives me more options in one package. So I ordered the airbrush yesterday and to my delight it arrived this morning!

So after a quick test spray it was onto the model and here I used tamiya XF 88 dark yellow 2. I really like this paint, it's the first time I've used it and it seems less green in hue compared to the old tamiya dark yellow. Some fading using flat white added to the yellow will go on later. 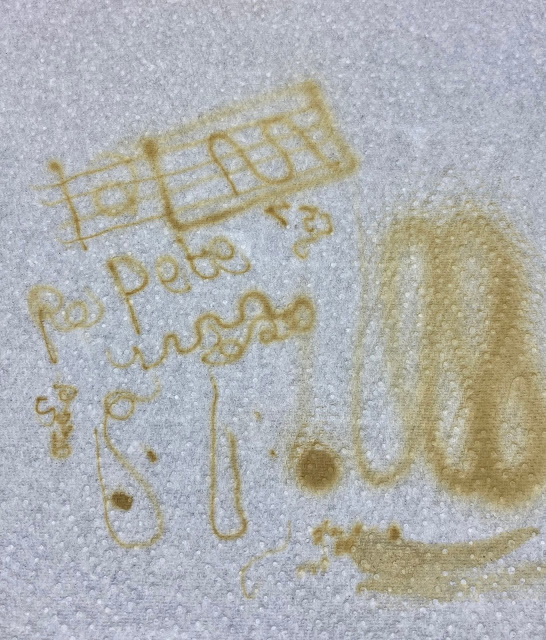 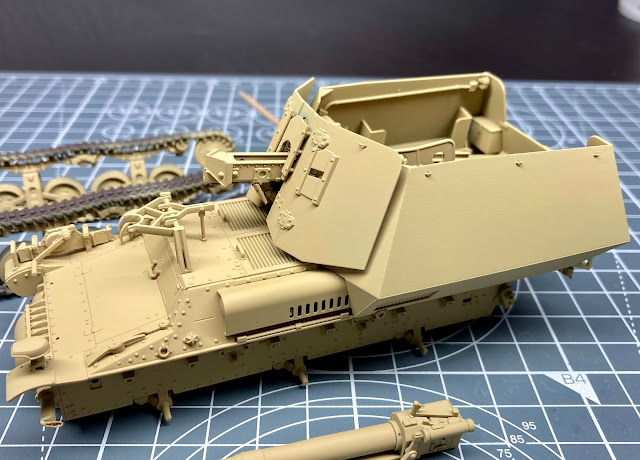 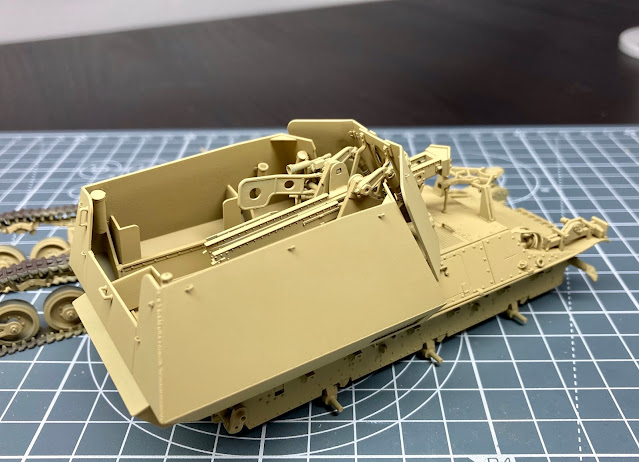 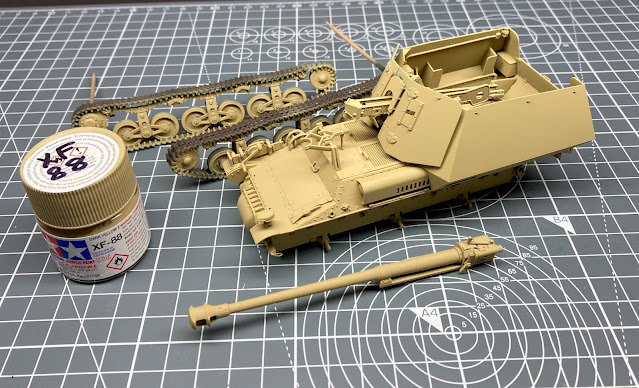