I've now finished the green chipping and have started a bit of detail painting before adding some rust chipping. I will keep this quite restrained as I want to depict an abandoned vehicle during the gulf war and not one that's been shipped back to the UK and left to rust.

As you can see the chipping looks very vivid and stark but this will tone down during the rest of the weathering stages. 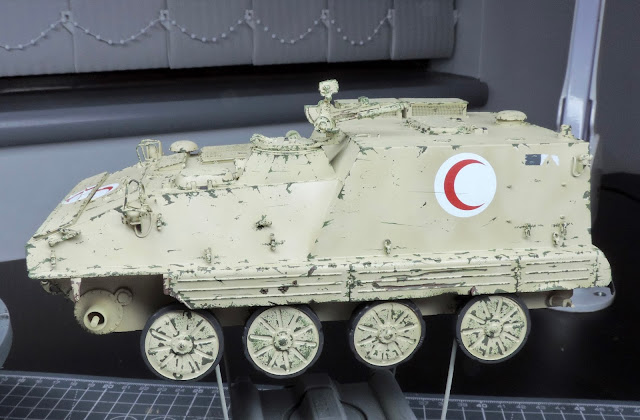 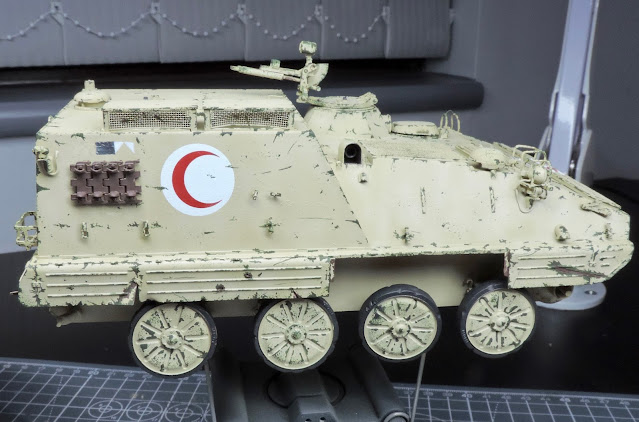 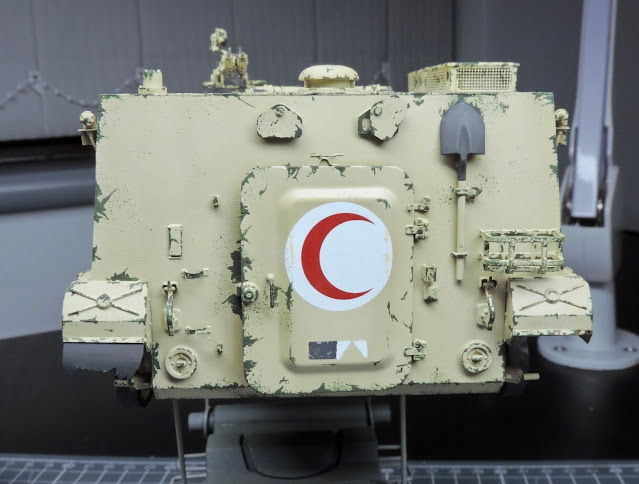 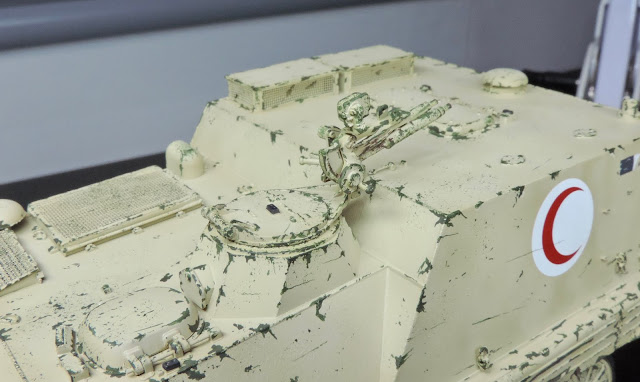 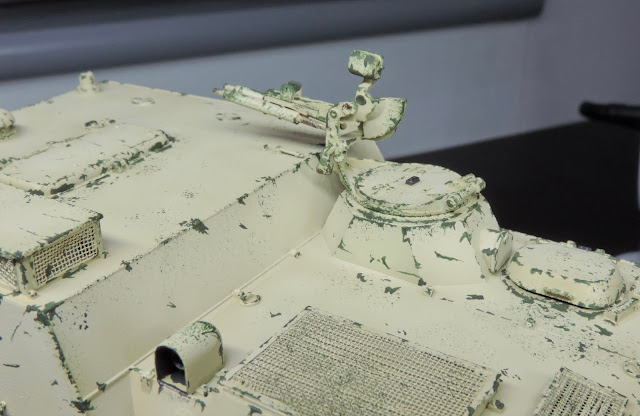