I have now finished off the Coloniale using some thinned tamiya earth and buff then a mixture of earth coloured pigments. The canvas top was a pig to fit and I had to fill some gaps around the framework with painted paper. It would have been nice for Italeri to include a folded hood in the kit however one could be made quite simply. 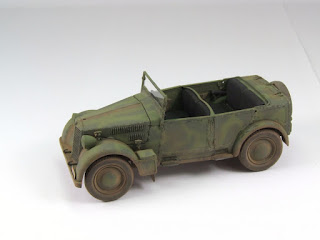 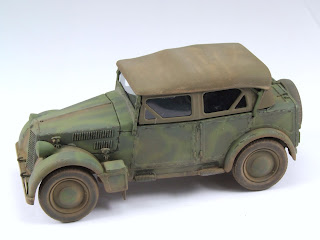 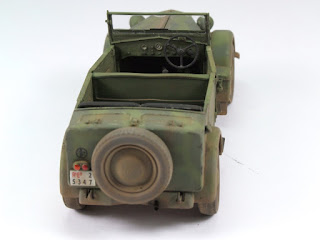 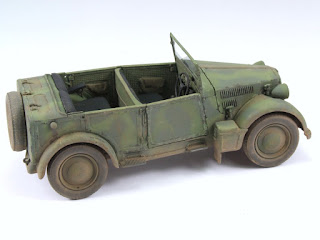 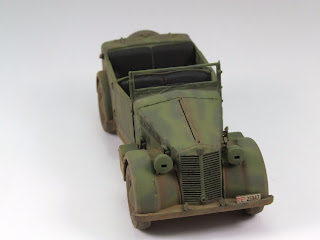 It's a very smart looking vehicle and the camo scheme really looks good too. The figure is also completed bar adding some pigments to the boots and trousers later, 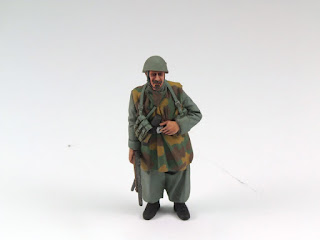 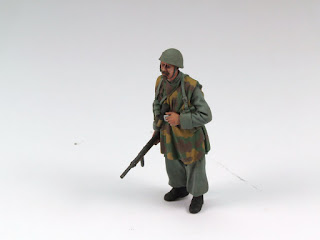 At the moment I am working on the base and hopefully will have it all done later on today.