Revell's latest release and one I've been waiting for since it was announced is the M48 A2 GA2. I have always wanted to model this particular version and now finally have the chance. The kit is supposed to be an all new molding however I do have my reservations about that. As usual it's cast in Revell's signature hideous green plastic which I really don't like. And again as usual it's in a side opening box. 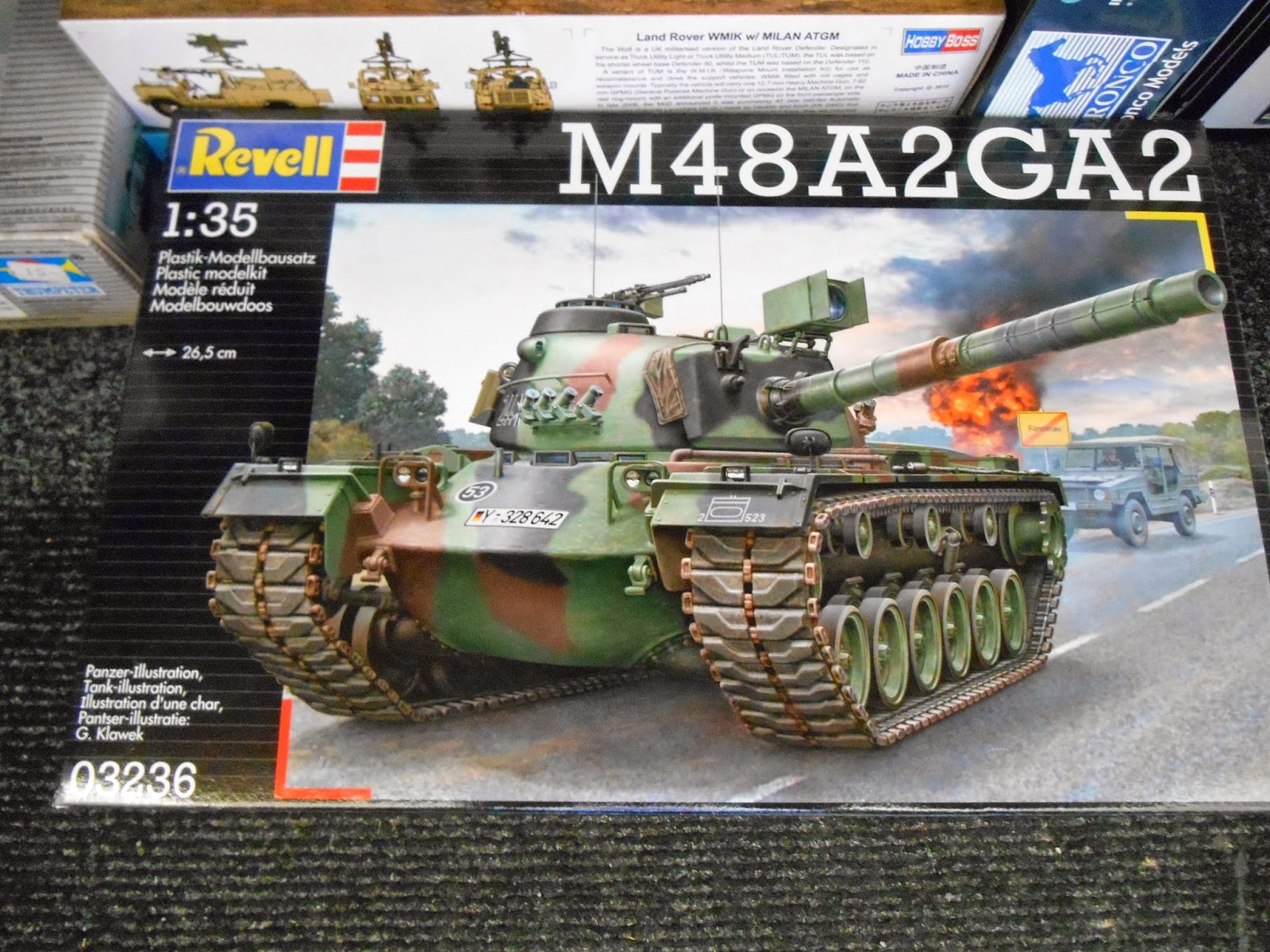 Six sprunes and one set of rubber type tracks are in the box along with instructions and in my case no decals! If I did have decals in the box I would have a choice of  four marking options, two in NATO tri colour and two in Bundeswehr olive green. Not a very good start especially for a brand new kit.

I will start with the tracks and I must say these are very poor indeed. Although the outer faces are well done the inner faces of the tracks suffer from sink marks and ejector pin marks all over the runs. As these are rubber type tracks there is no way of filling them. These are best replaced with one of the many after market replacement track sets available. 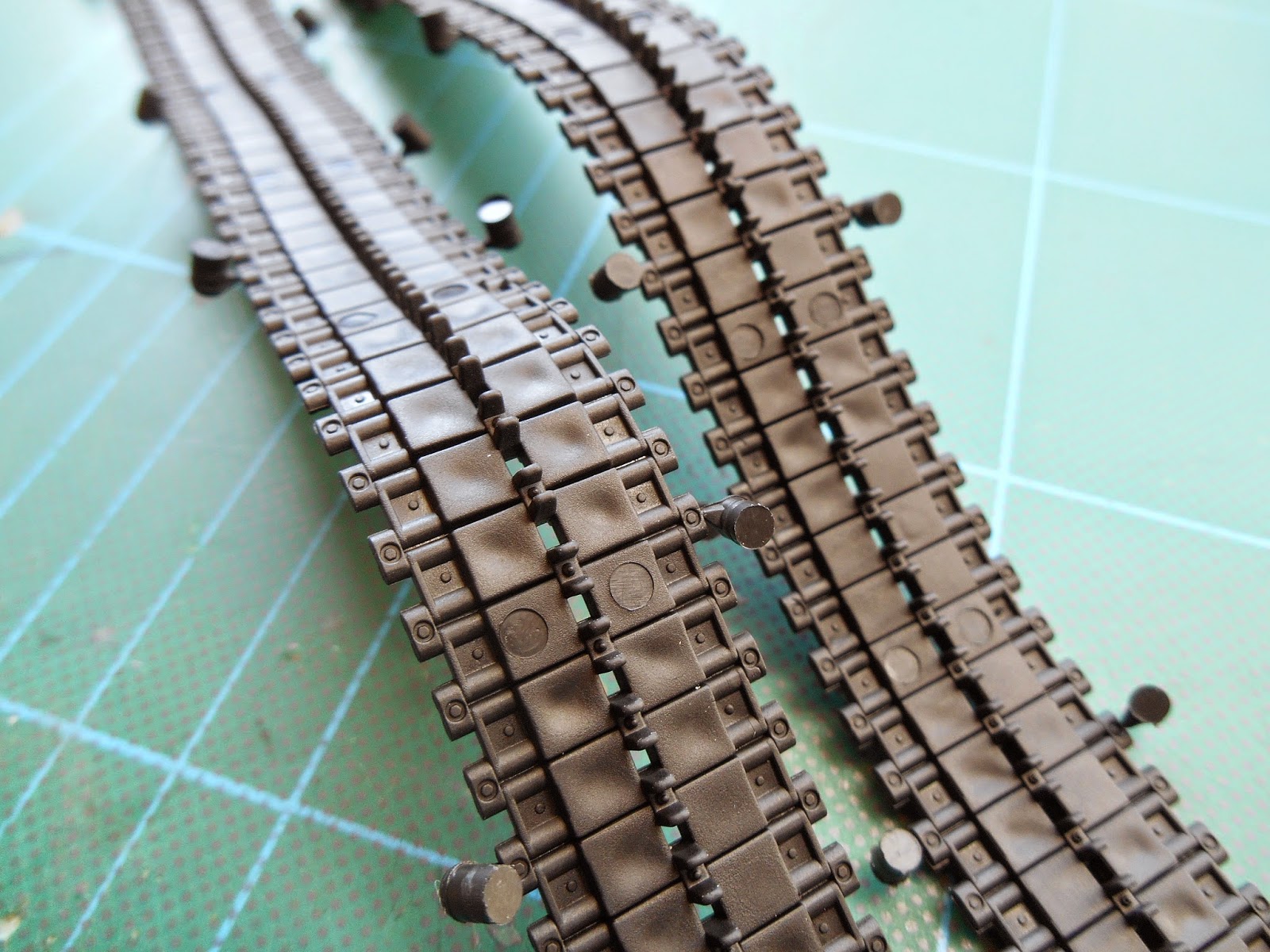 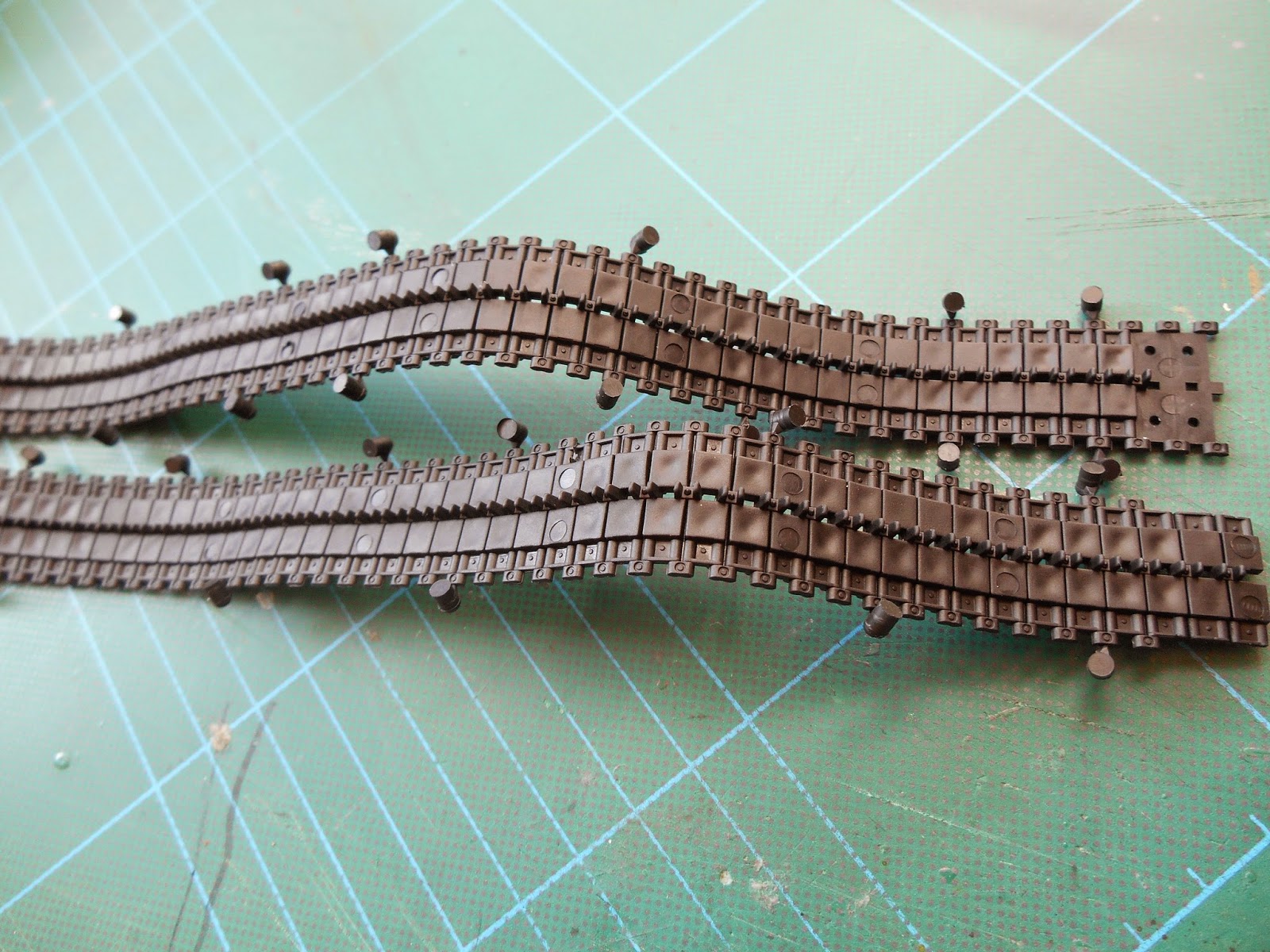 Parts A & C deal with the lower and upper hull parts and in the main these are cast very well however Revell have chosen to cast the drivers periscopes as solid parts with no clear alternatives so it's a case of scratch building new ones or enhancing the existing ones. Also the hull has a molded on cast texture which I'm not so sure about. Personally I think it's far too pronounced and will be looking to reduce this effect. 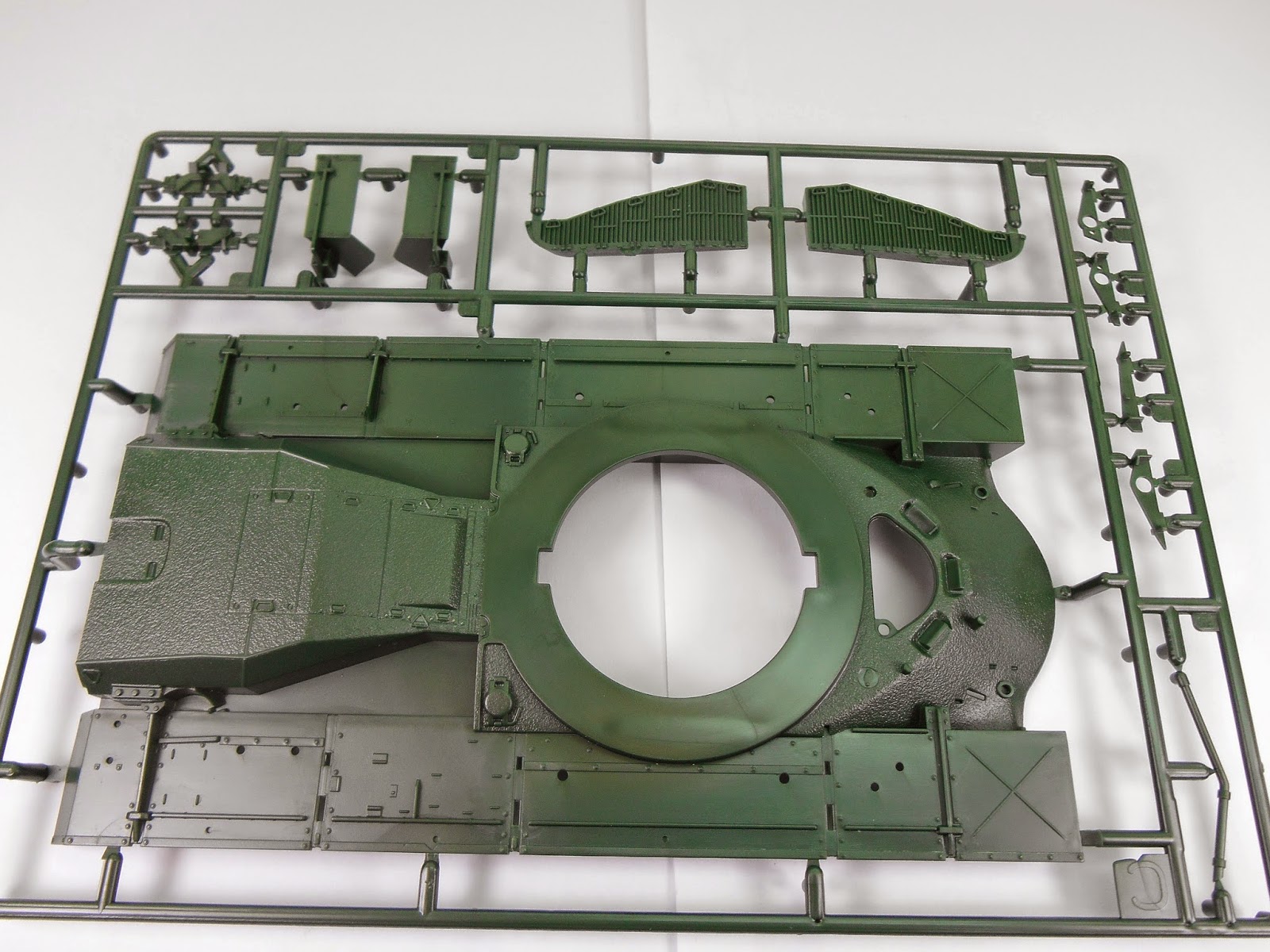 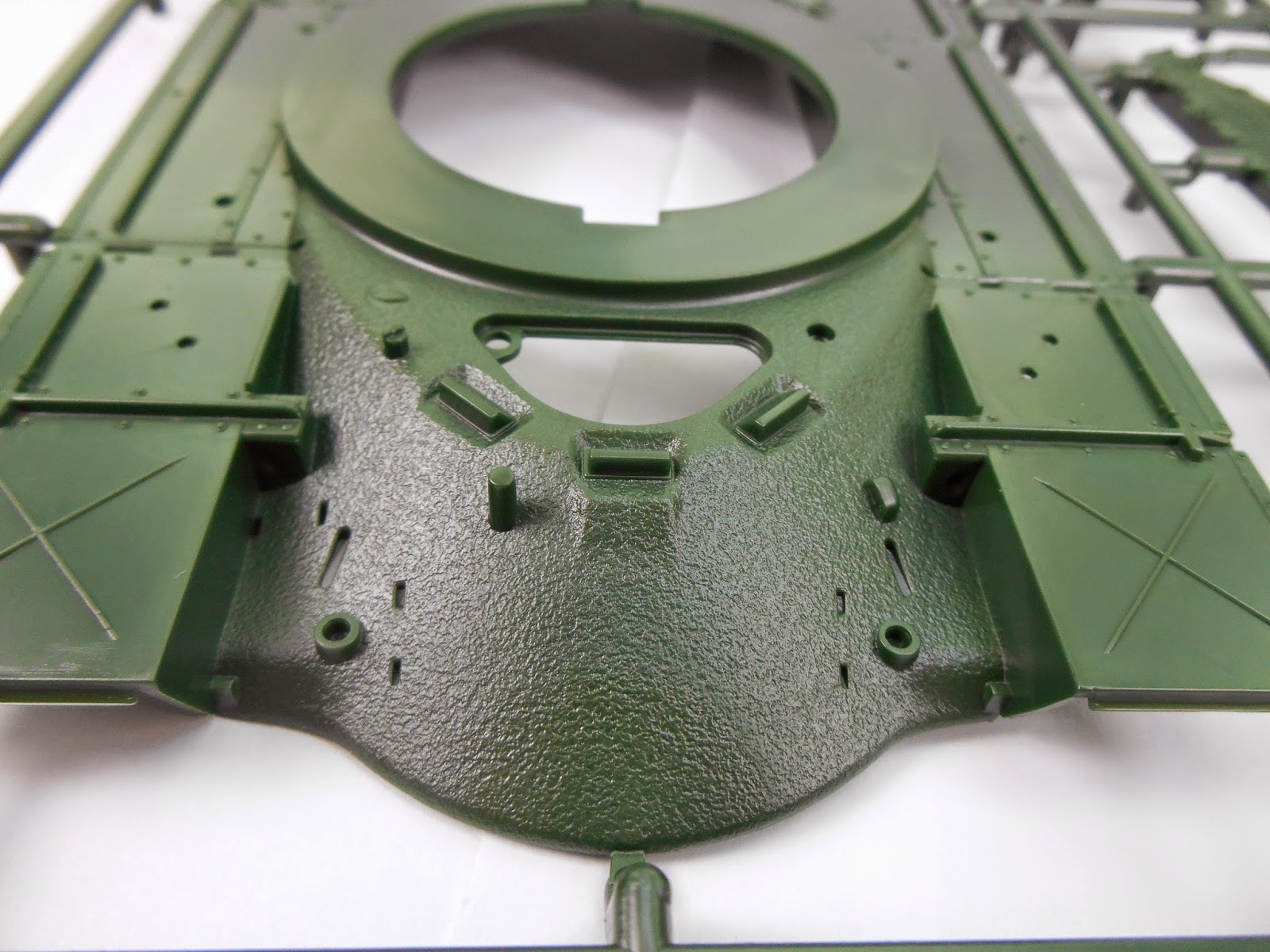 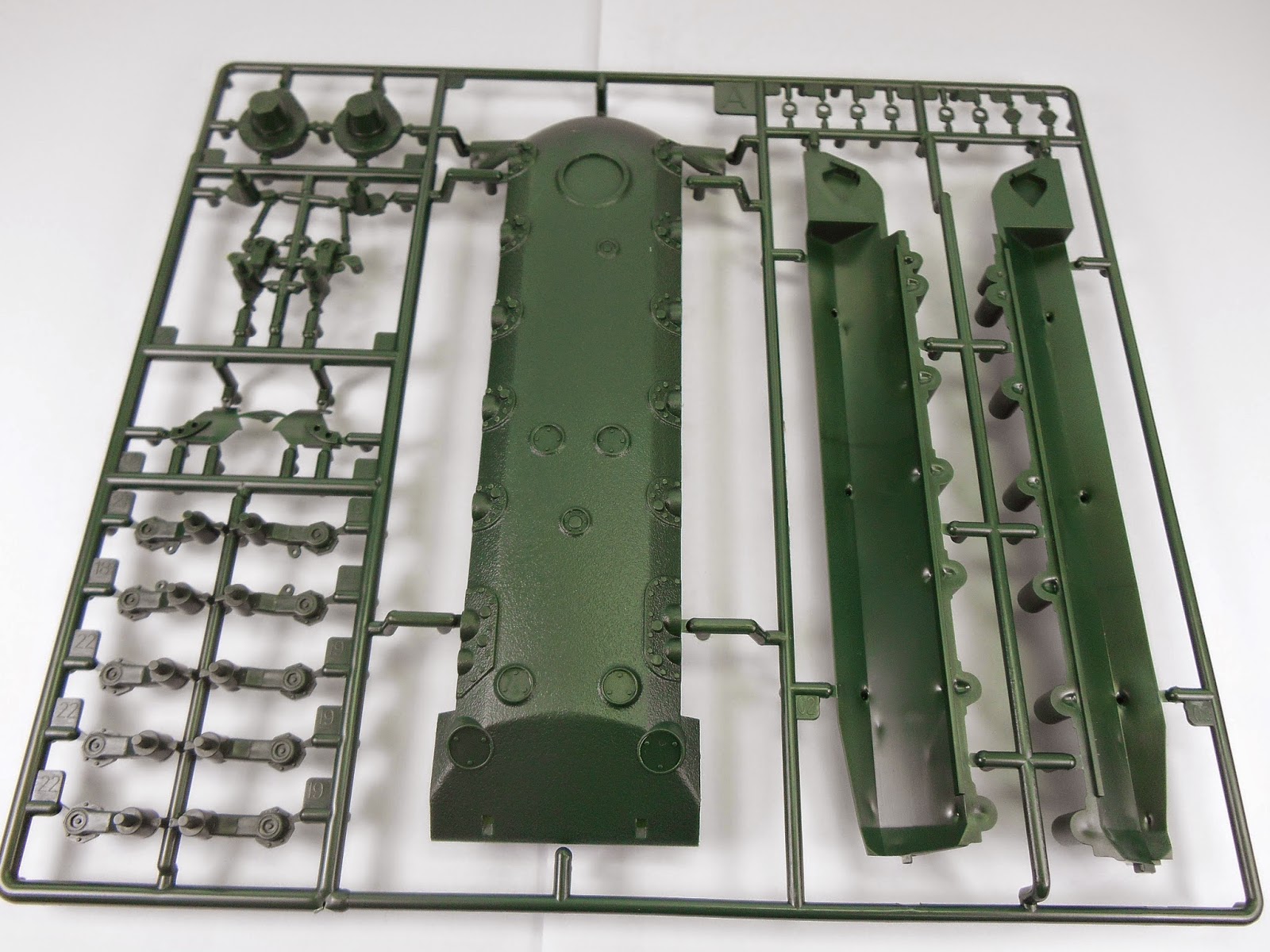 Parts B deals with the road wheels suspension and sprockets. The wheels are very well done with the correct bolt pattern. The sprockets however are poor with vague details and miss-formed bolts. Perhaps some tamiya or academy parts can be used as a substitute. 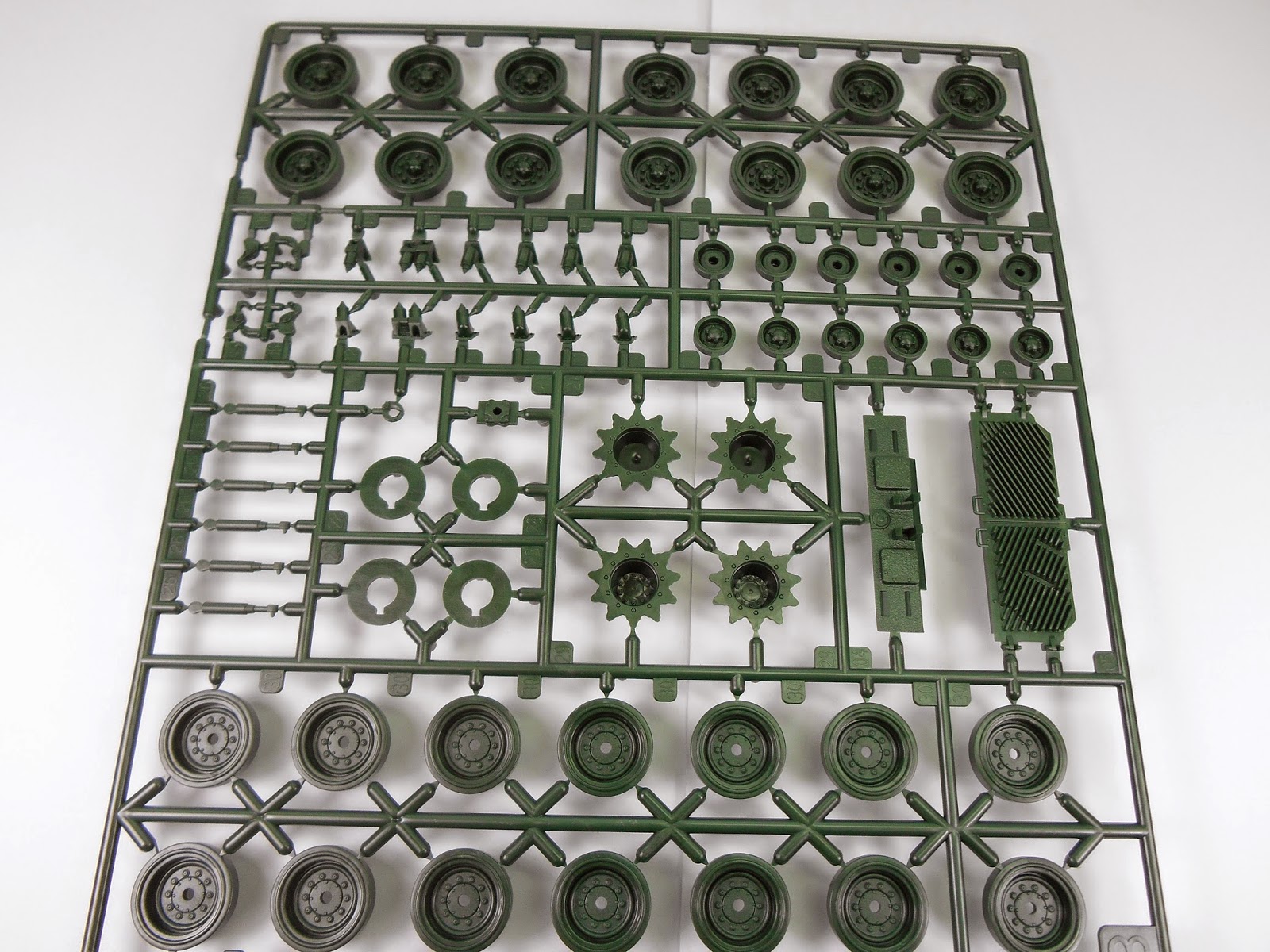 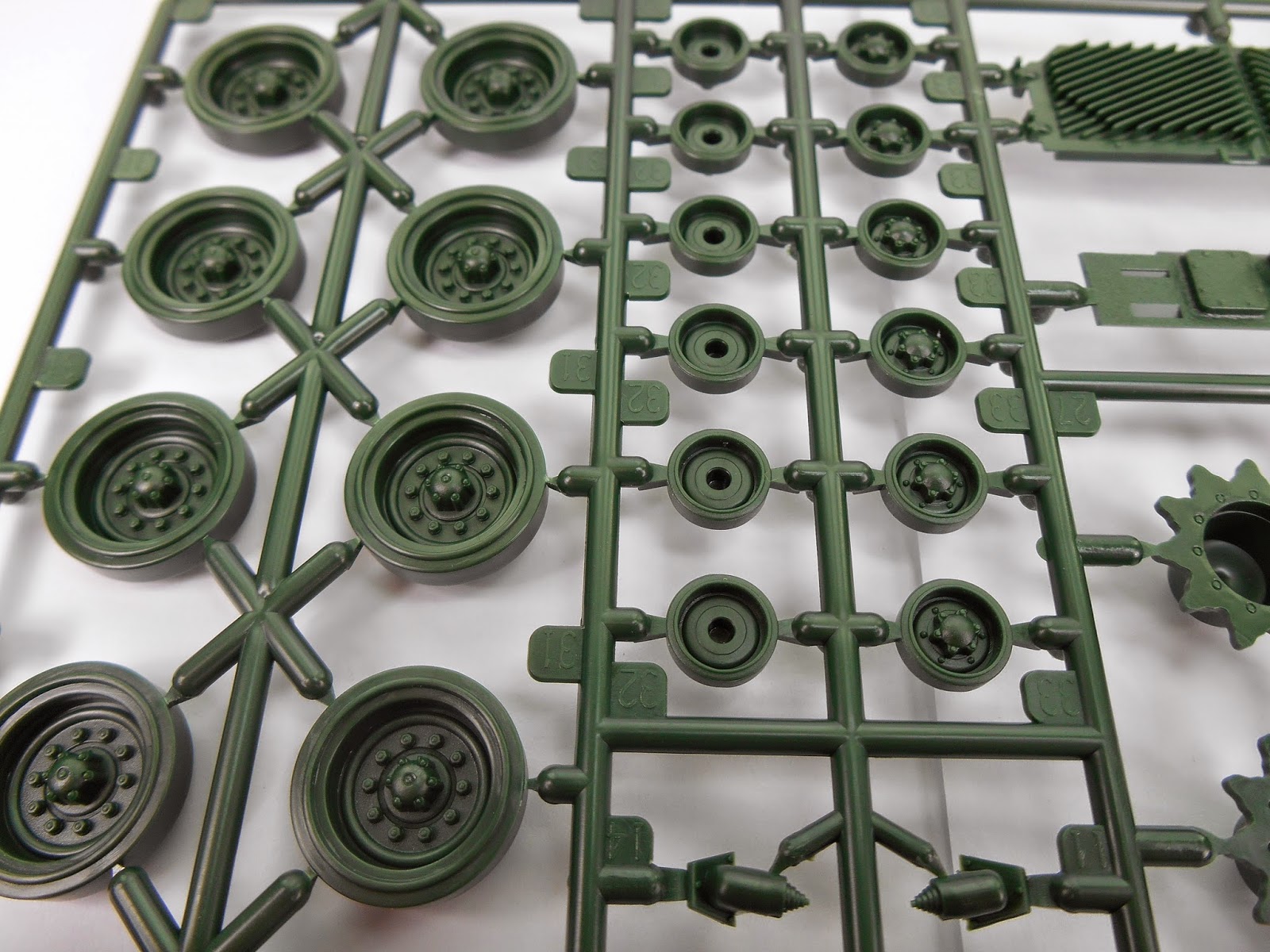 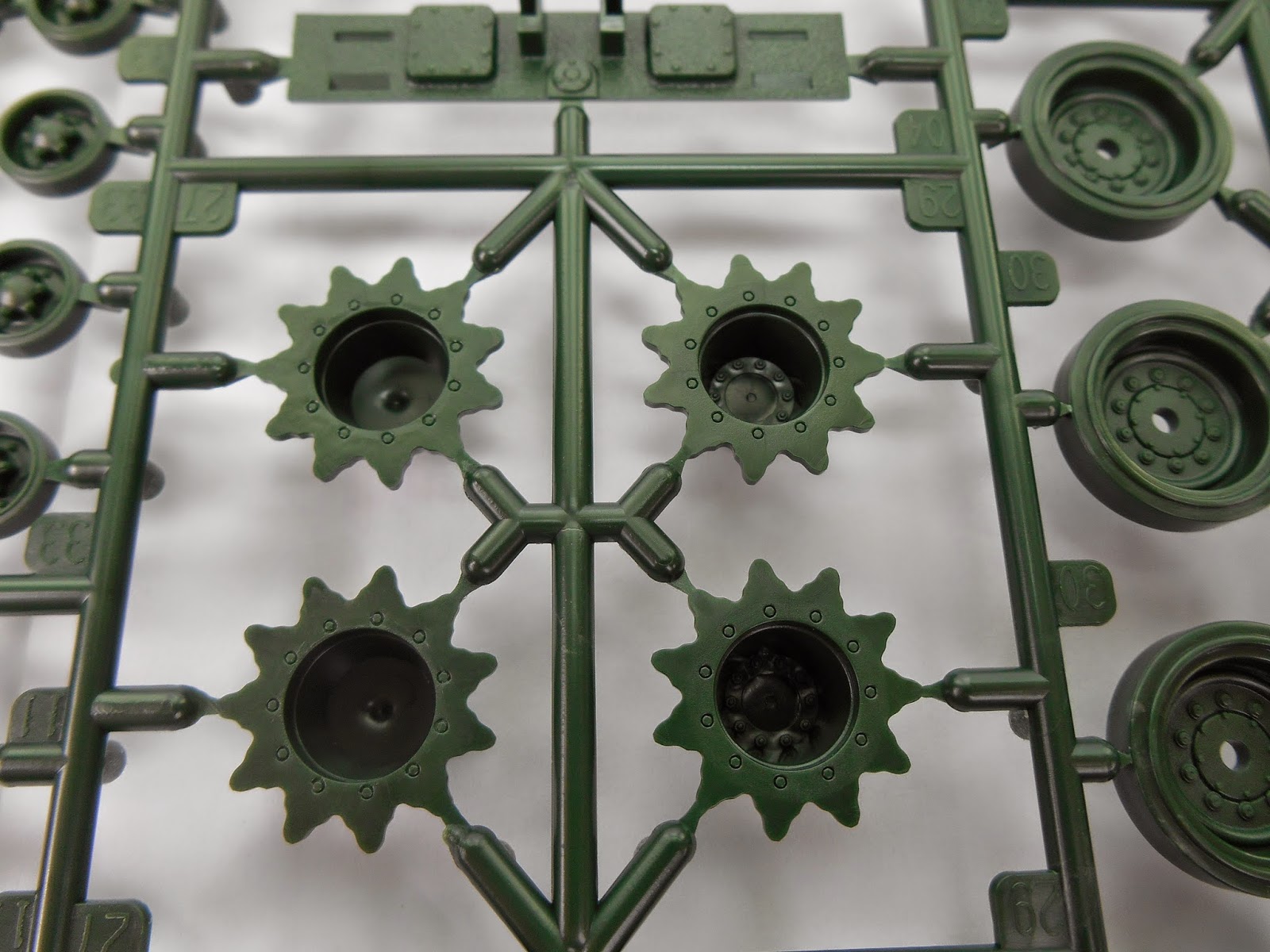 Parts D has the turret and stowage bins as the main components and again the turret has that dodgy texture cast in. The stowage bins all have their handles cast solid. The front lights are also cast with solid lenses, something found throughout the kit. 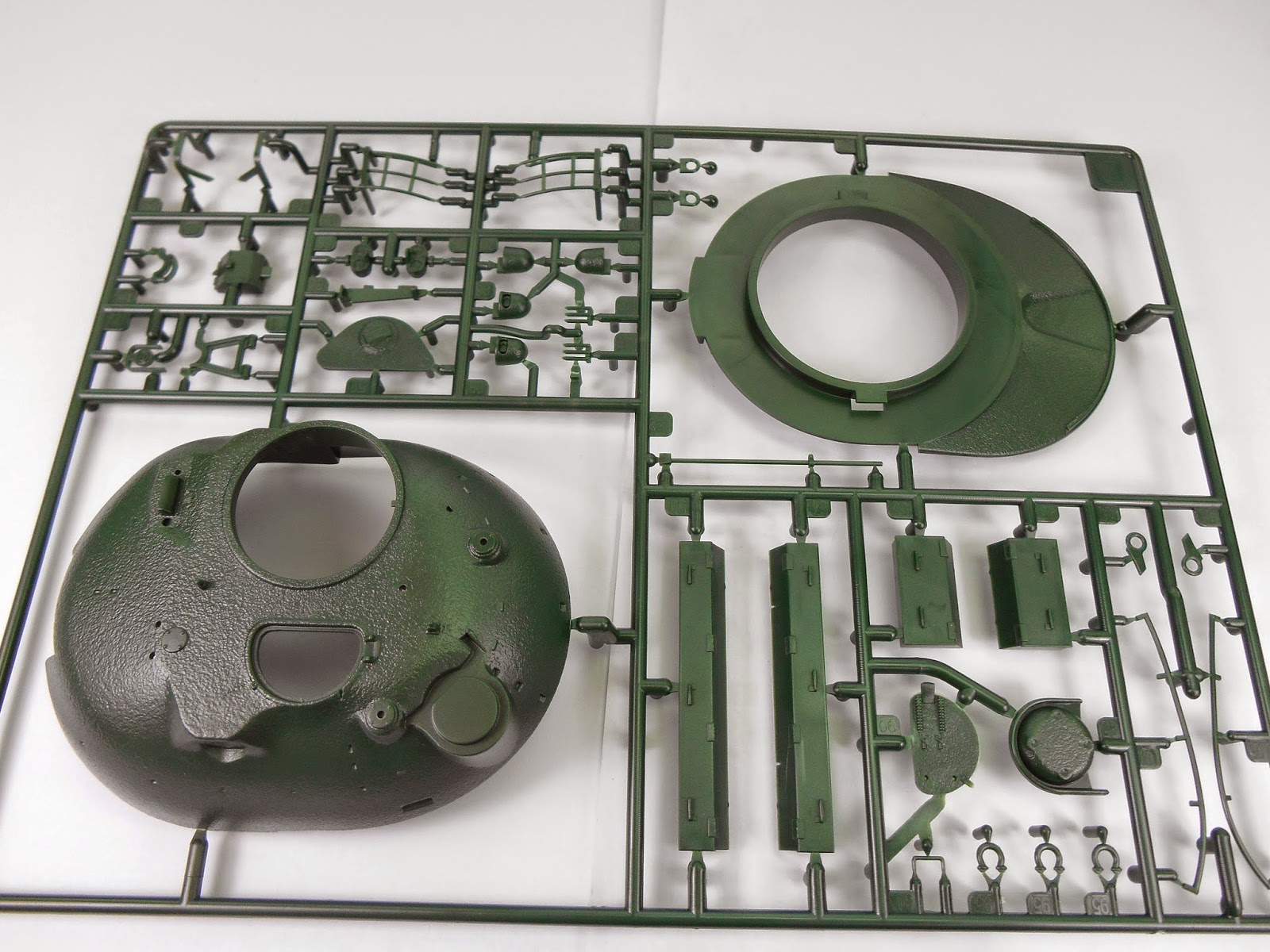 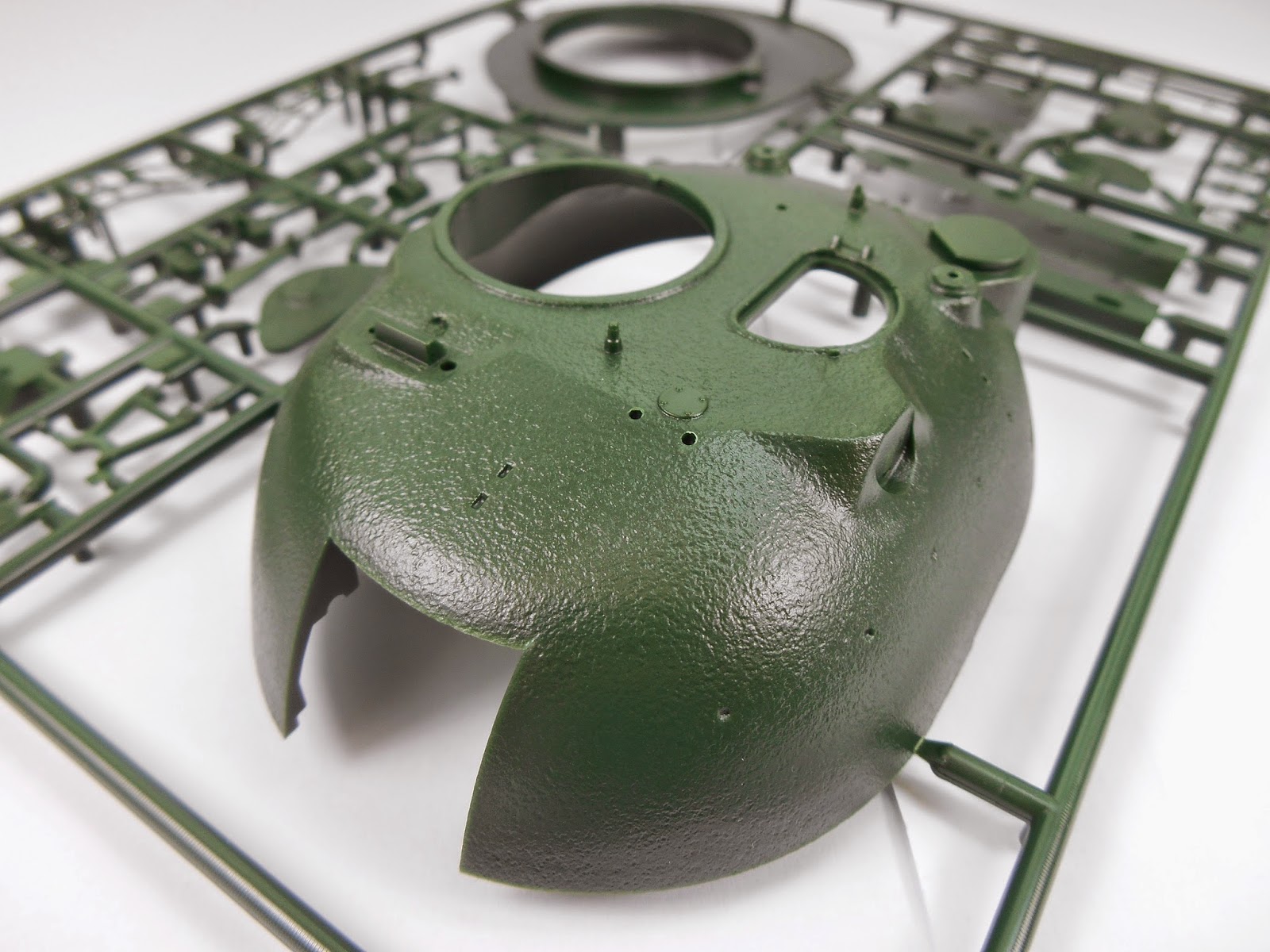 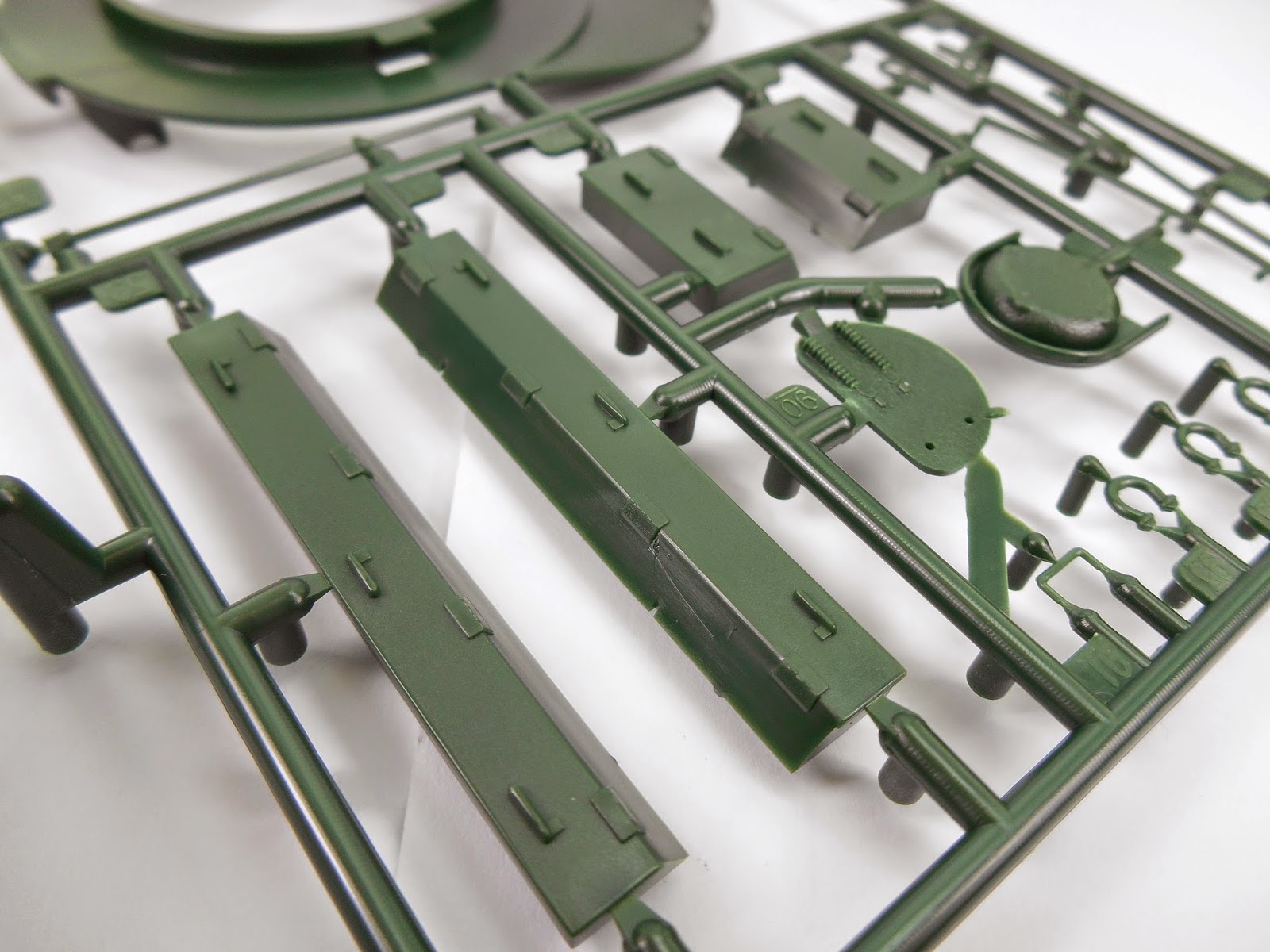 Parts E has the main gun, cupola and mantlet as well as other parts. Again the commanders cupola has solid periscopes which will need sorting out. The mantlet looks good but there are no bungs for the openings on this. The cupola MG is best chucked in the bin as the gun and mount are over simplified. 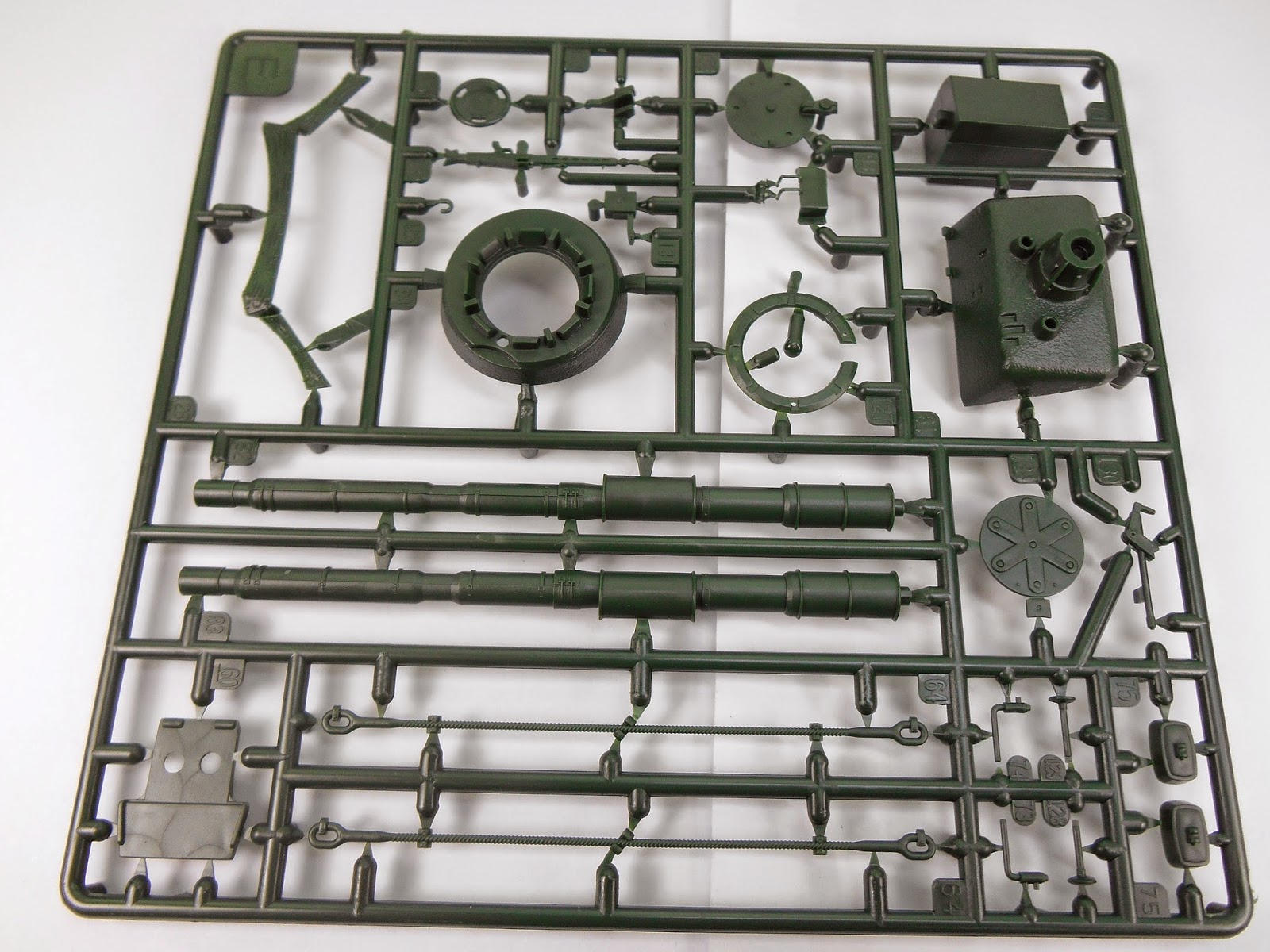 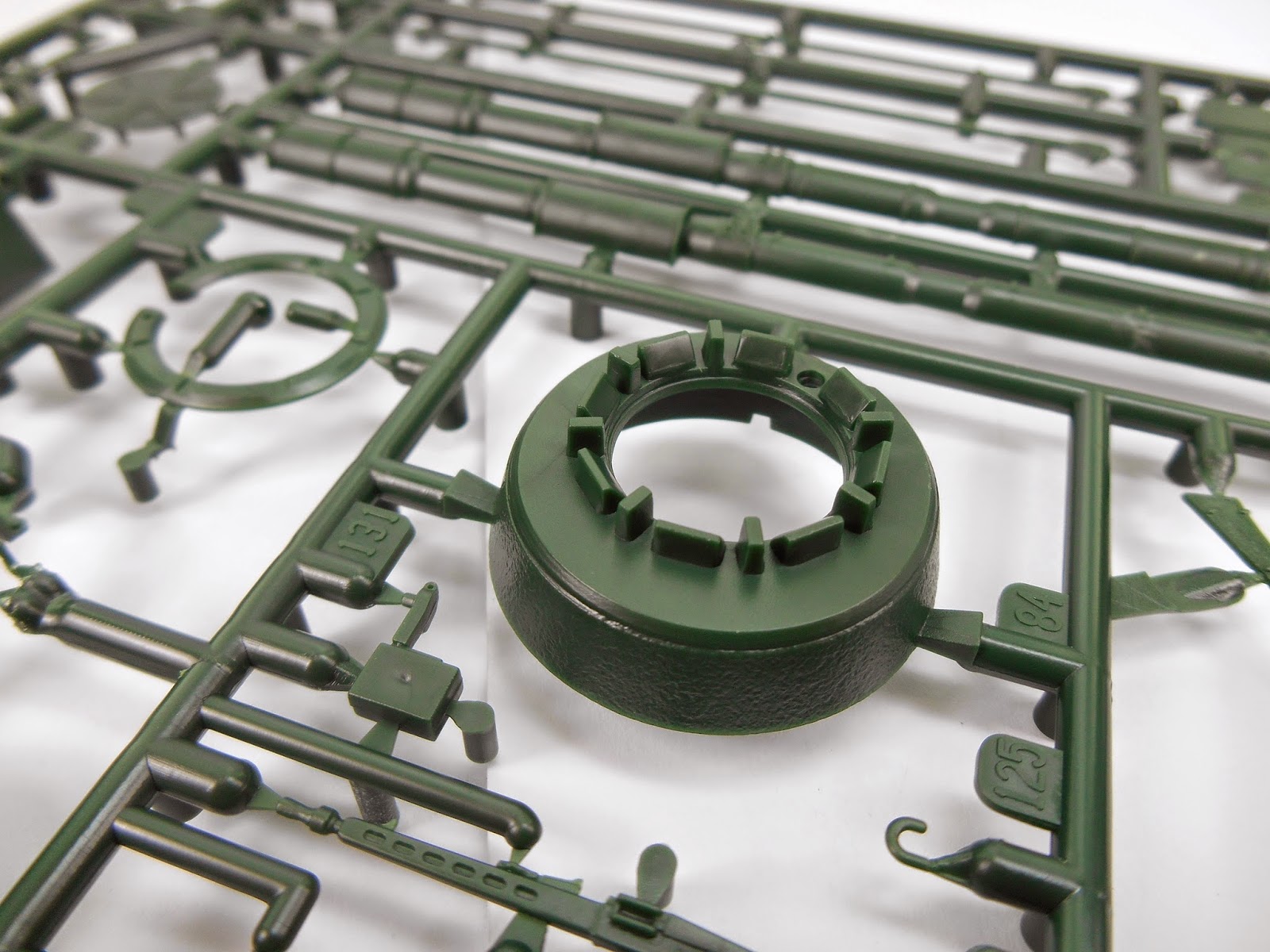 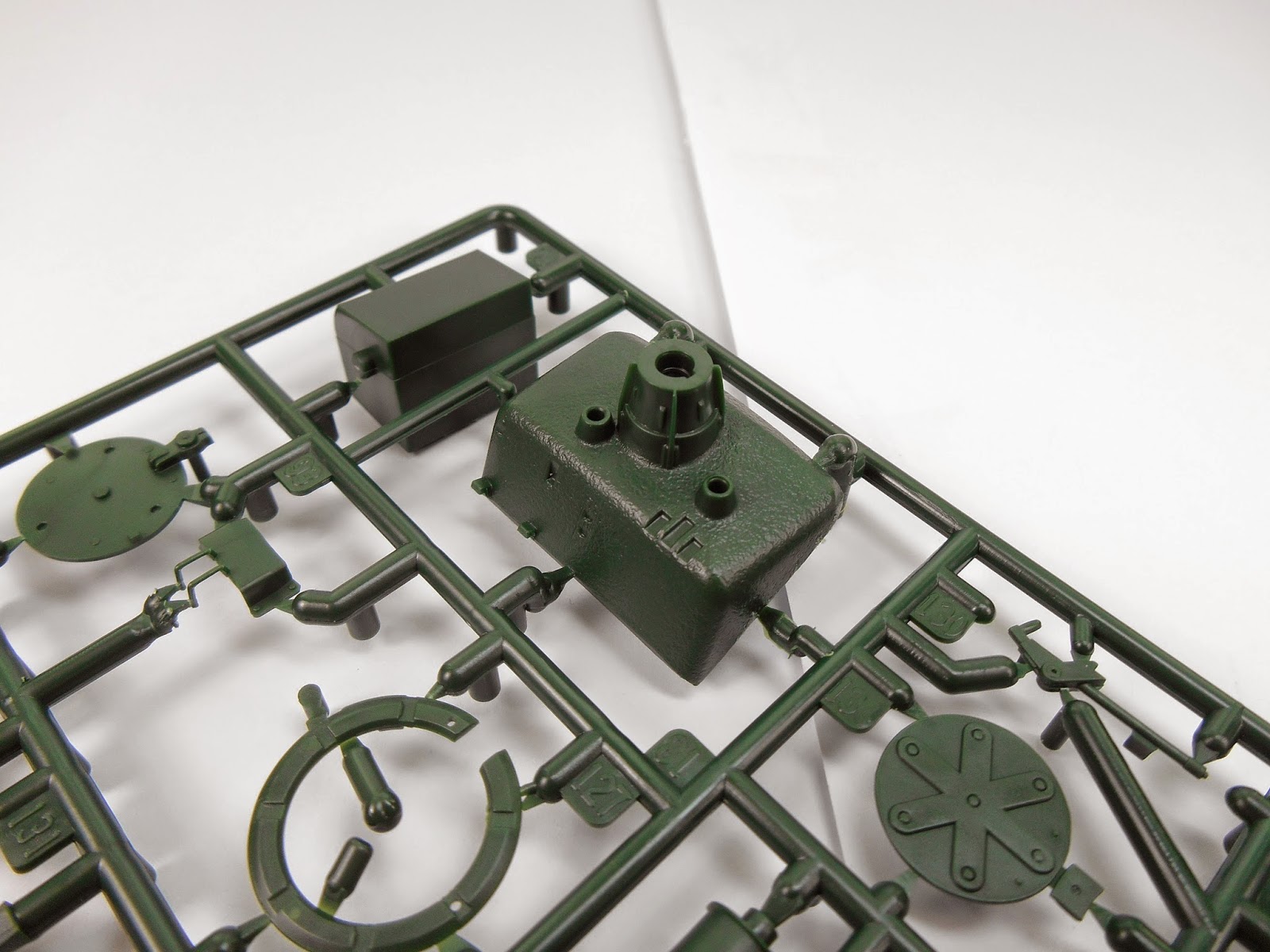 And lastly Parts F deals with most of the small parts needed for the details. Again much simplification is evident here with solid lights, a solid cast search light lens and rather chunky fuel cans. 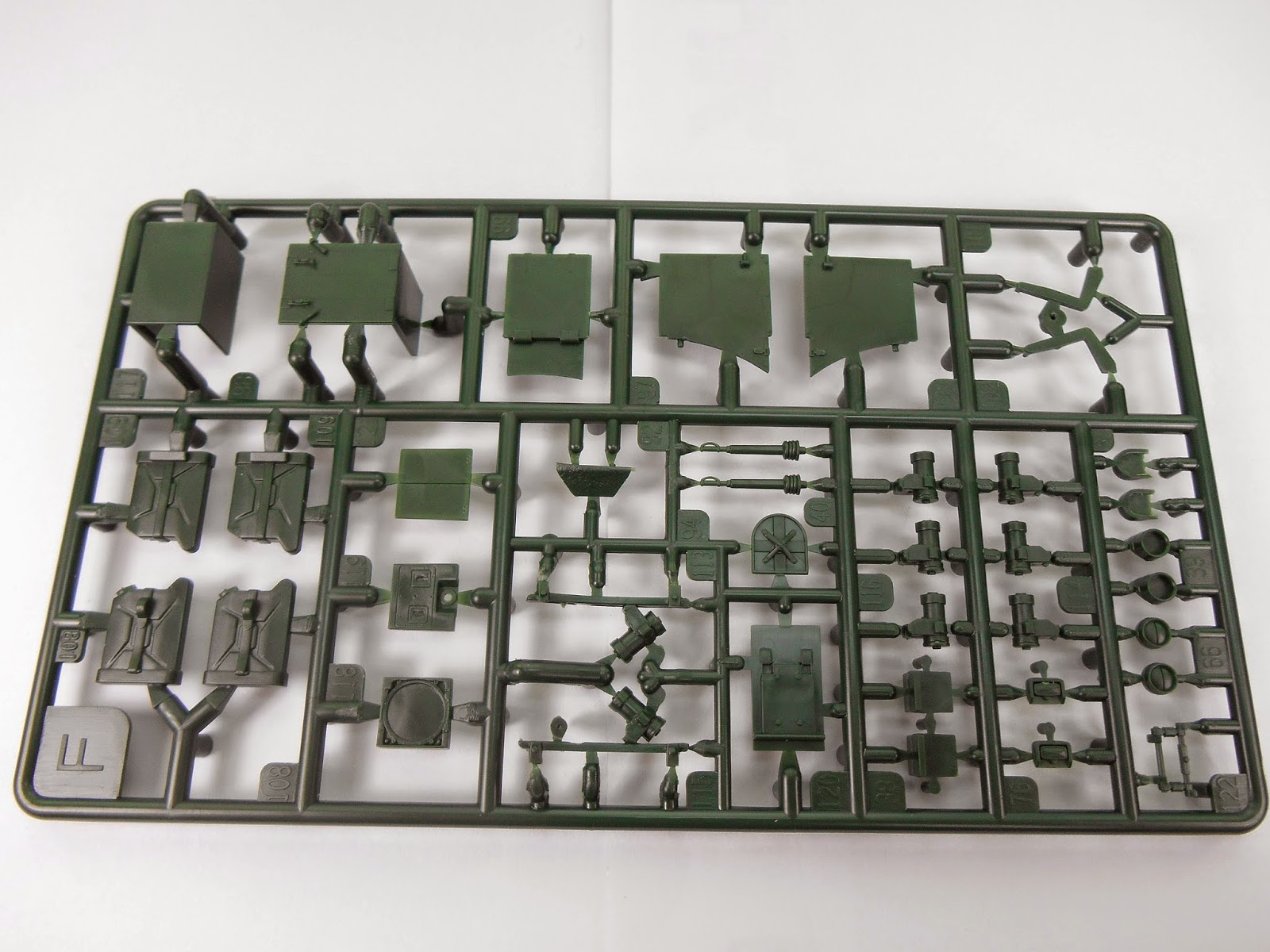 As you can tell from the tone of this review I'm not overly impressed with this new release. I feel that Revell have really missed an opportunity here to produce a really top class model. My main problems with the kit are the solid lights and periscopes. On their Dingo kit there are clear lenses in abundance yet here it's all solid plastic with poor definition ,Why?
Also the cast texture is far to pronounced and to me out of scale, a nice attempt but not good enough. And lastly the tracks which are pretty awful. Out of the box a good model can be made if you are happy with the kit's faults but with a little bit of work, a delve into the spares box and a bit of scratch building I think a very good model can be made.

The fact that the decals are missing in my kit is also a poor reflection on quality control and has certainly given me the hump! Let's hope I can get a set from Revell!

After writing to Revell regarding the lack of decals in the kit they have now sent me a replacement set. As usual with Revell their customer service is first class so at least I can now start thinking about building this one at some point.